Sharing is an important part of our life and life's experiences. When its cold and snowy in Montana there is not a lot of vegetation for the animals to eat. The rancher takes hay to his livestock but ignores the wildlife. This pony is sharing and the 2 deer I am sure appreciate the opportunity. Everybodys happy. 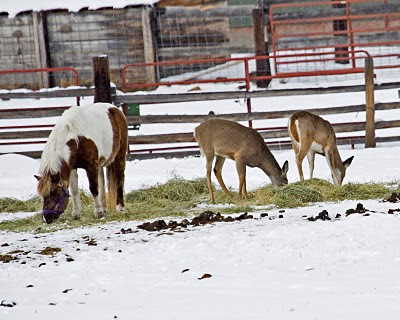 It started when grandson John saw my ostrich cowboy boots, if he could have figured out how to take them off my feet and put them on his, I would have lost a pair of boots. Later, I was holding him and you can tell he was not only intrigued by my hat but he also wanted to be a cowboy. I decided to share just like the pony and the deer. 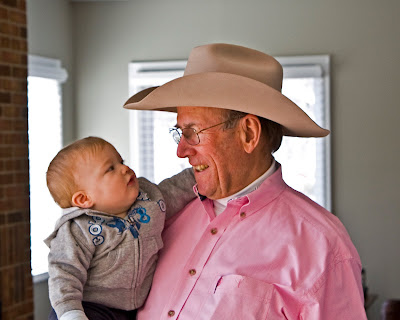 Grandpa did share, what a happy boy. The fit could have been better but the expression on John's face tells it all. For those of you who follow our blog, you may remember about 6 weeks ago John had his tongue out as a result of unhappiness. I didn't want to see the tongue, and look what I got. He's coming to Montana this summer. I'll have to find him a pony to ride and perhaps we can find a baby deer in the pasture. 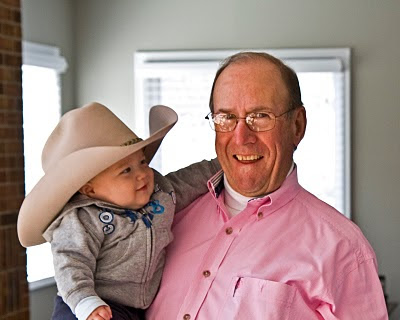 Kenya had a great day, look what she found

We spotted Kenya running down the lane toward the house after our morning walk. She seemed in a happy mood and was moving at quite a rapid pace. We noticed something strange, take a look closely and see if you see what we saw. 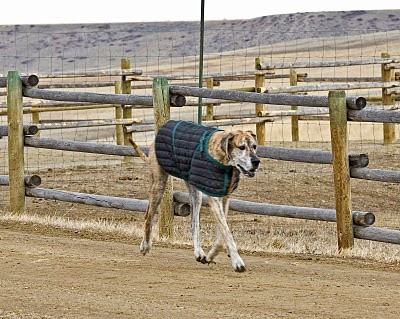 I agree, you probably can't see what's unique, in fact, I had to look several times after Marty told me what she had seen. The real question will be not what it is or where she got it but how it became hooked on her dog blanket under her neck. 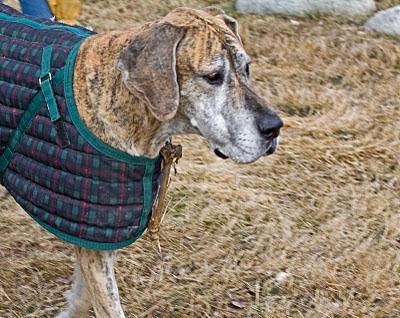 If you still haven't figured it out, it is a bone from most likely a deer carcass, most likely a front leg and from the joint there are 2 bones that have created a hook that is lapped over the top of the dog blanket under her neck. Whether she was rolling on the carcass or the bone, it was most likely the way it got bound on the blanket. 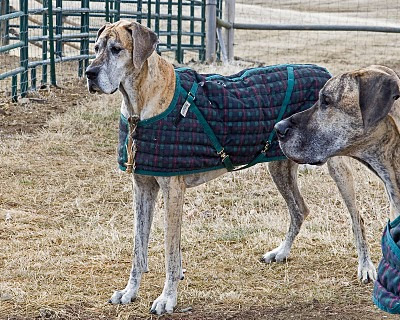 This may be the best angle to see the bone. Barlo was either not interested or had been told by Kenya to stay away from her bone. Ultimately, when Marty took off the blanket the bone was deposited in the trash barrell. But that was just the morning scenario. We took them for an afternoon walk towards the mountains, turned around at the gate at the Johnson place and as we started back towards the house, guess what. Kenya had found another prize. 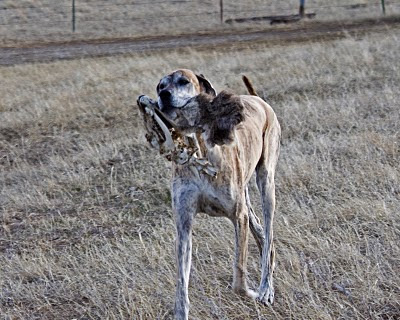 It was obvious what she had found this time. It was the remains of the head, neck, and some of the pelt of a deer. Whether the morning find was related to this part, we will never know. The close up will give you a better perspective of this prize. 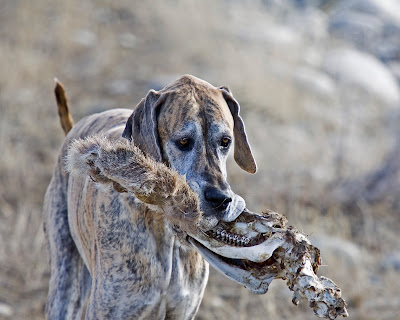 Kenya was ultimately asked to drop her prize. With much chagrin, she relented, Marty grabbed her collar and I tossed her token into a field with a good fence so that she could not return to the scene of the capture. Whether it's old age or a predator, these carcasses are not rare and a dog on the loose is always attracted to the parts that remain.
Posted by Clint at 7:59 PM 1 comment: