Another day in Yellowstone. The roads to the south were open as well as the Beartooth Highway which connects Red Lodge and Cooke City. The weather was beautiful and the snow in the Beartooths was very deep. As we drove along the highway, we saw snow piled at the side of the road as deep as 20 feet at times.

We did see another Elk with new antlers, a couple moose as we were nearing Cooke City, Bison were plentiful, and a mama black bear with triplets and a grizzly.

There were lots of people attracted by the mama bear and the triplets. This was my best photograph, however as we returned past the scene several hours later, all three cubs were resting on a log. There were so many people there, we were not permitted to stop for another photograph. Look carefully and you'll see the baby on the left and mama on the right. 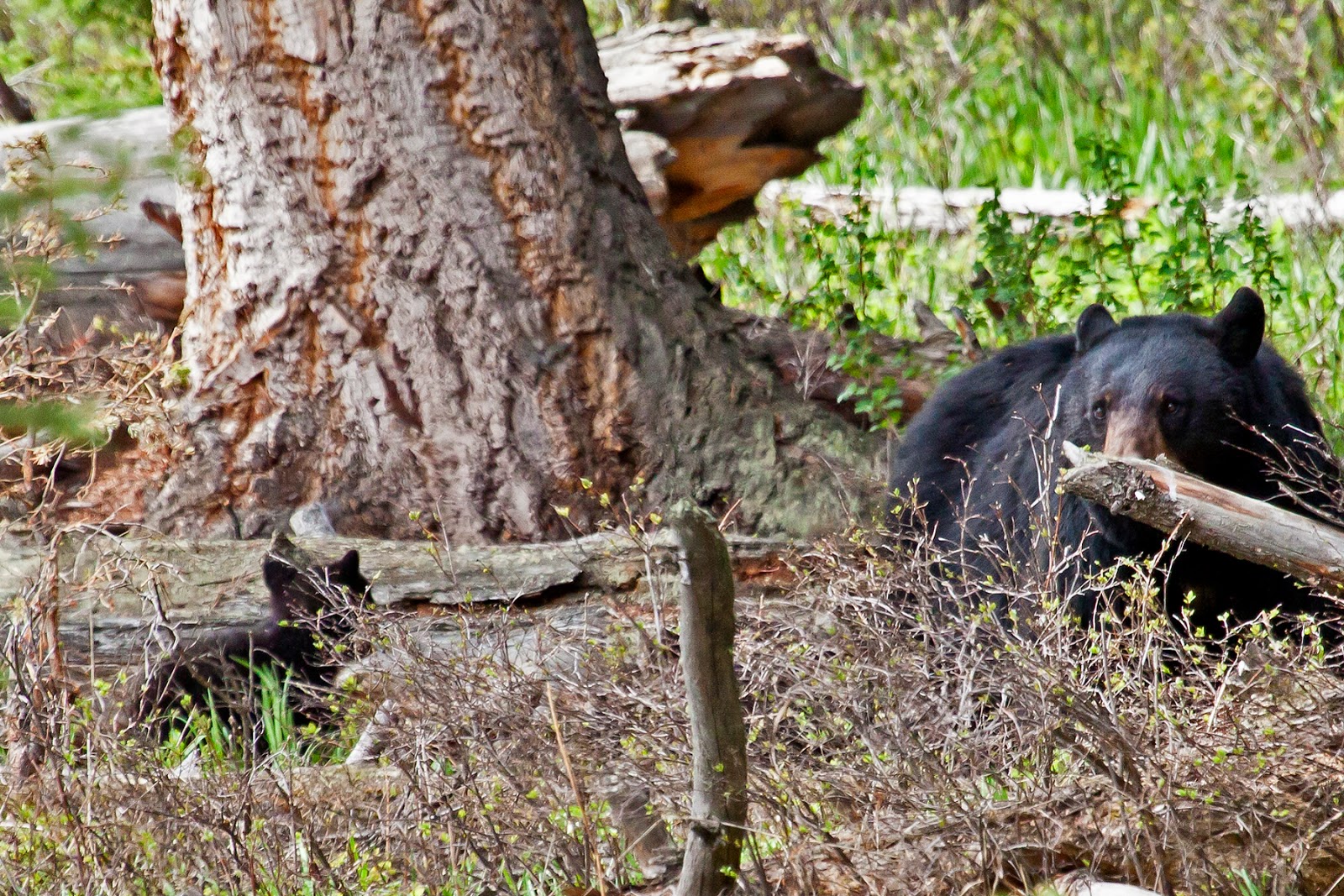 We didn't go far until we saw another pack of people. We were informed there was a grizzly, so we parked the car and walked back to the area. This was the big guy that everyone was looking at. 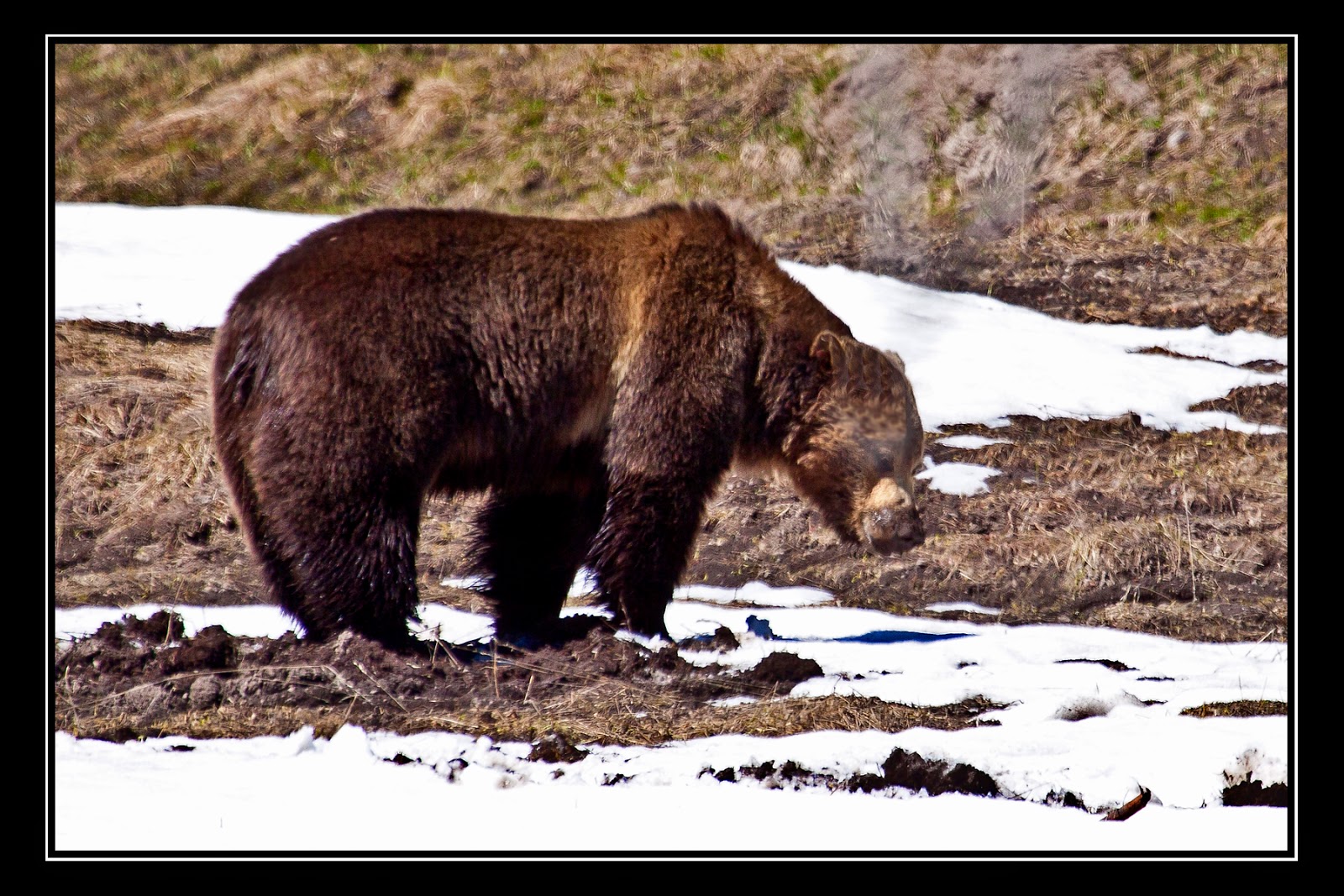 In the Lamar Valley there were lots of Bison. This is just one of the many herds we saw and this youngster was a standout. They are referred to as "red dogs" and there were plenty of them in the park. 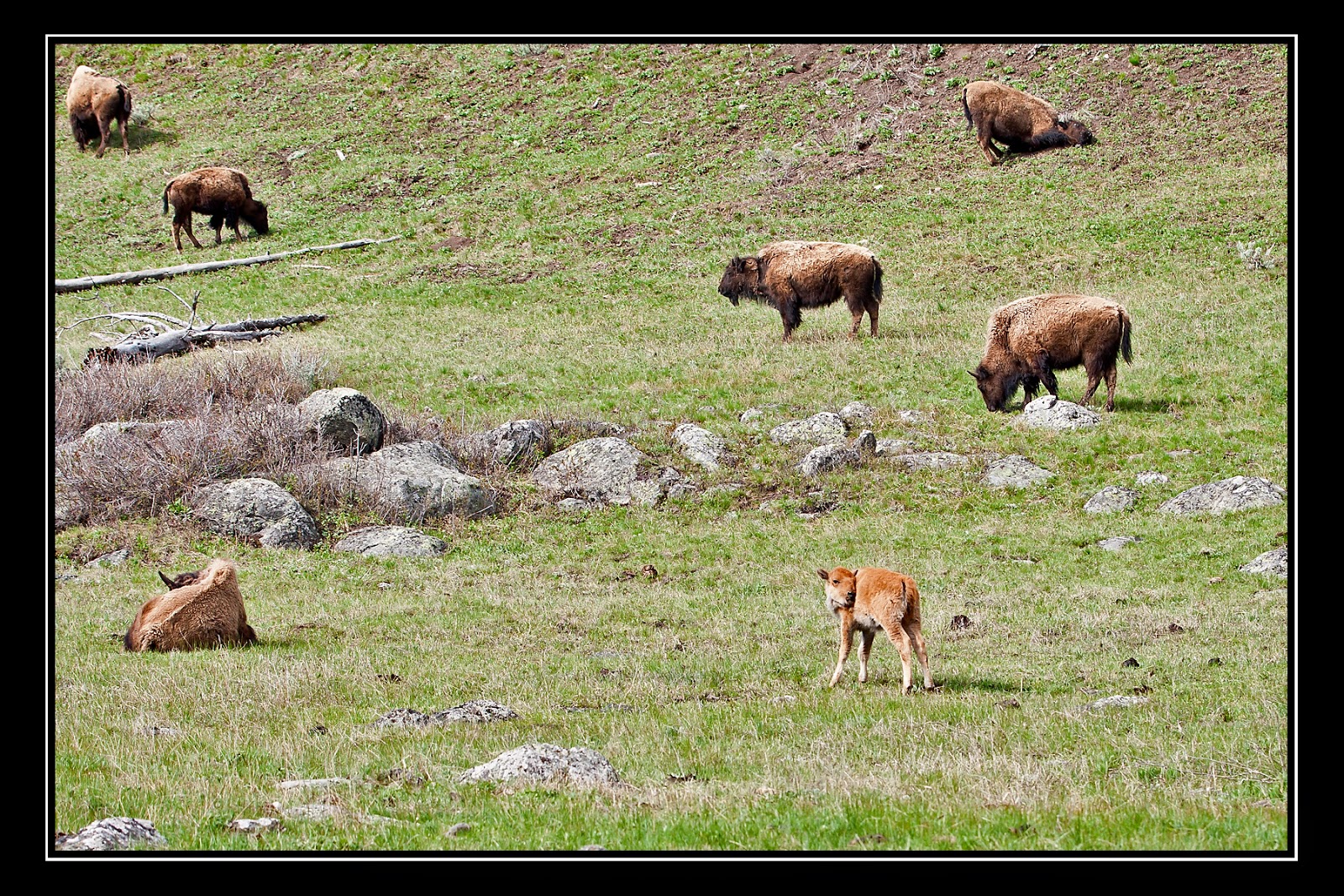 The forage in Lamar is very lush at this time of the year. Many of the herds were all resting as their bellies must have been full. This guy was near the road and for sure his belly was full. 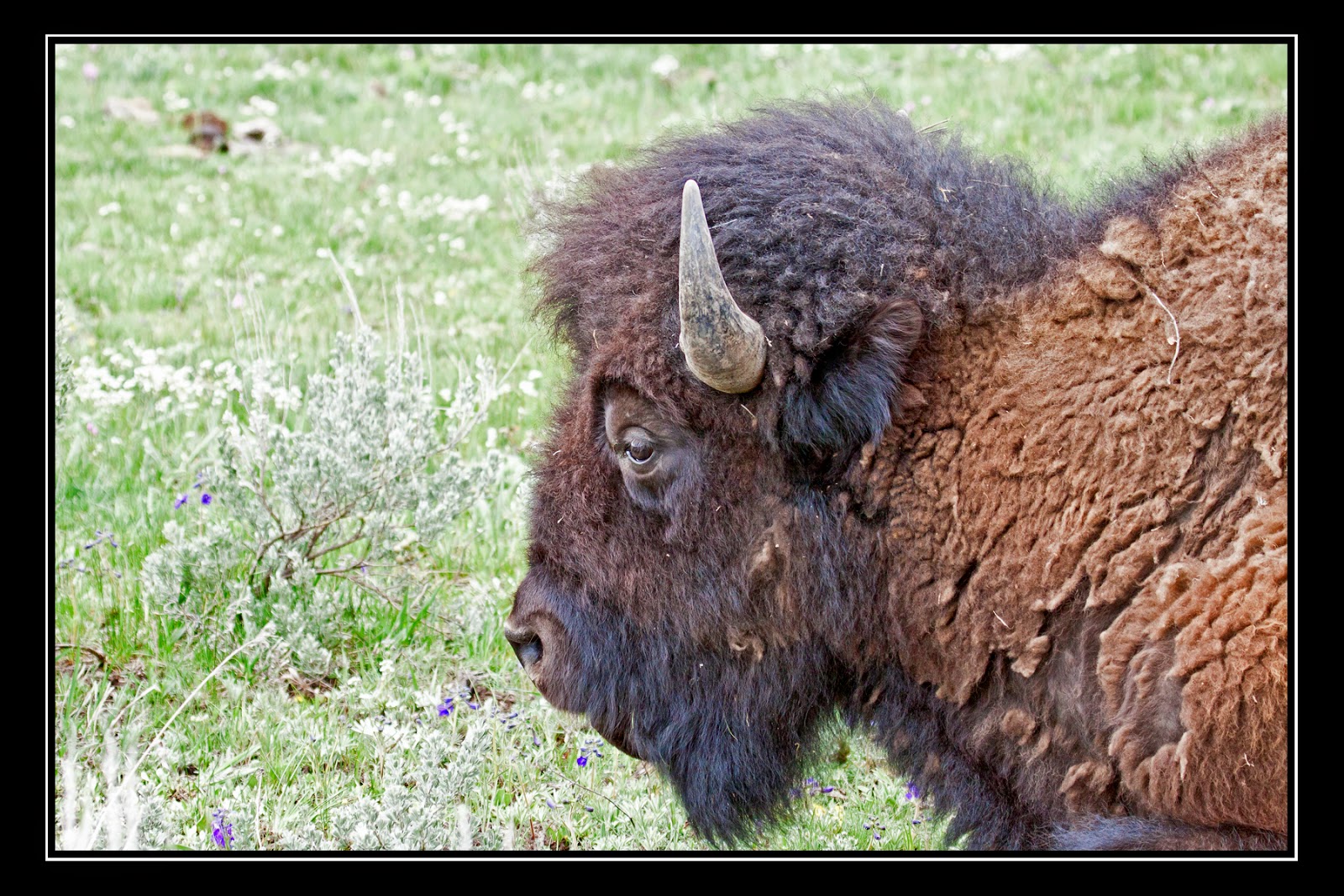 Of course we saw elk as well, this guy with his new and growing antlers was by himself near the road about 8 miles from Mammoth Hot Springs. 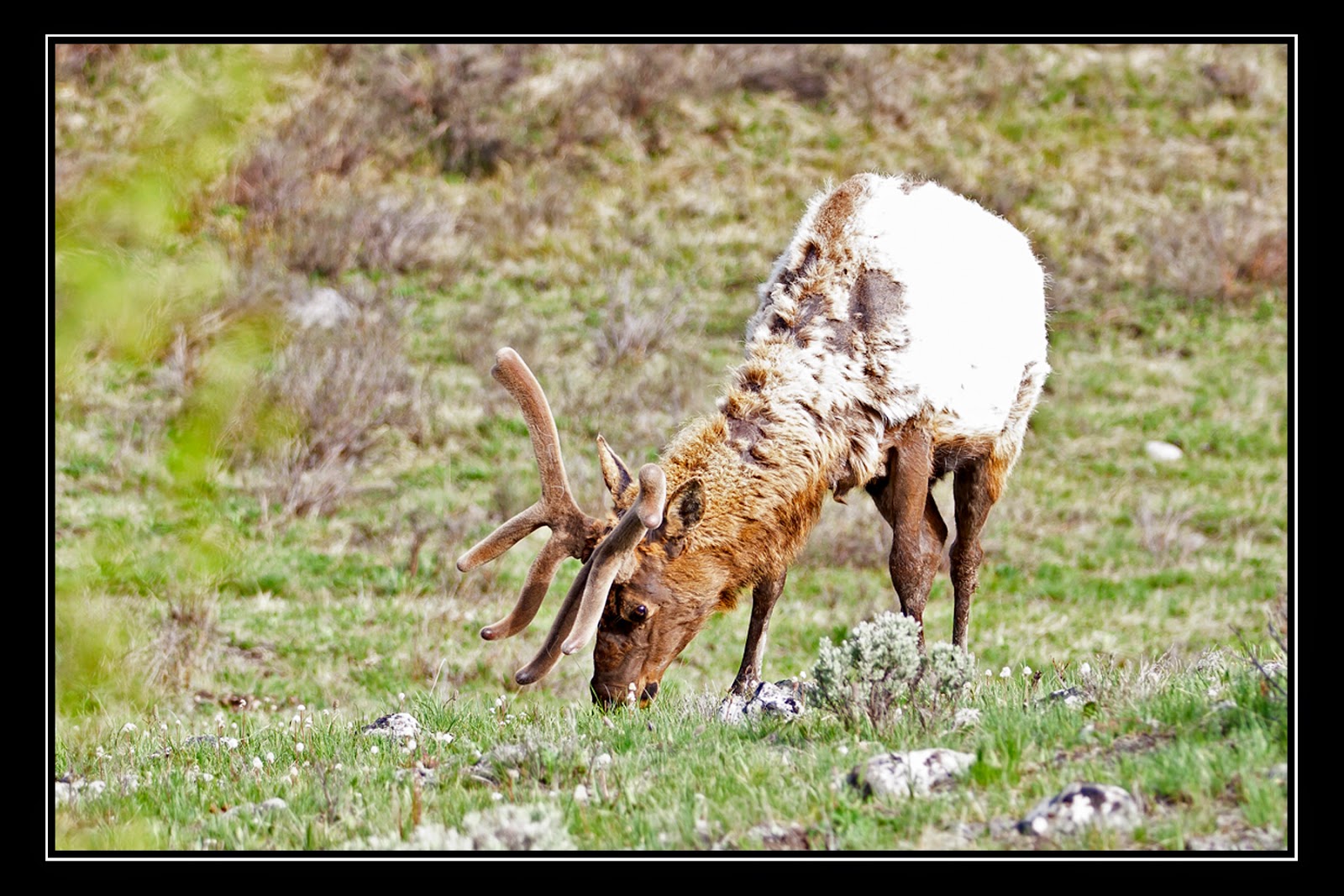 The remaining question was, will be see any moose. We were almost in Cooke City when Marty spotted a moose that we were about to pass. I stopped the car and turned around. I took several photographs of this one. 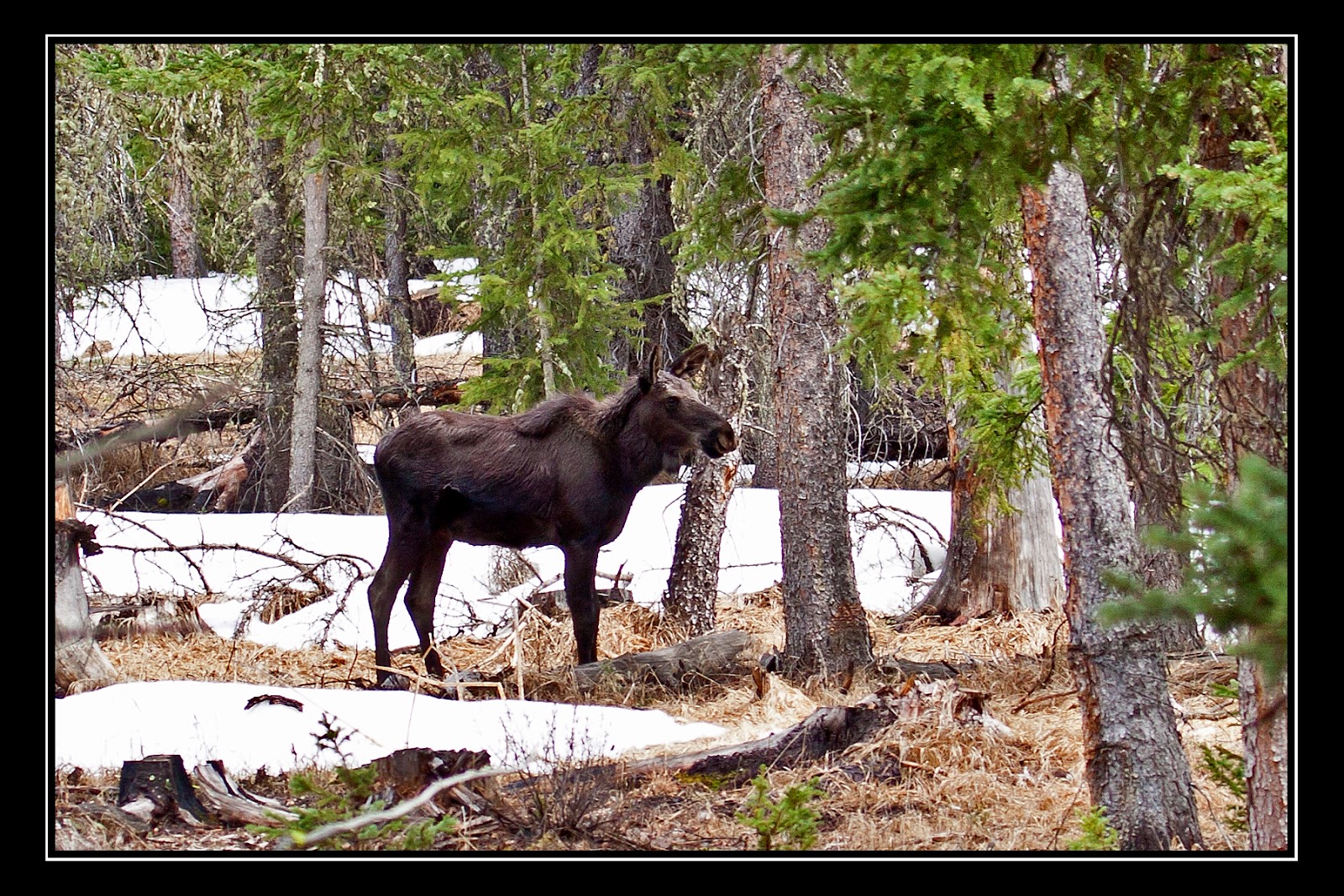 we were about to leave and Marty spotted another one. Yes, there were 2 moose, we got to see them and got photographs of them both. 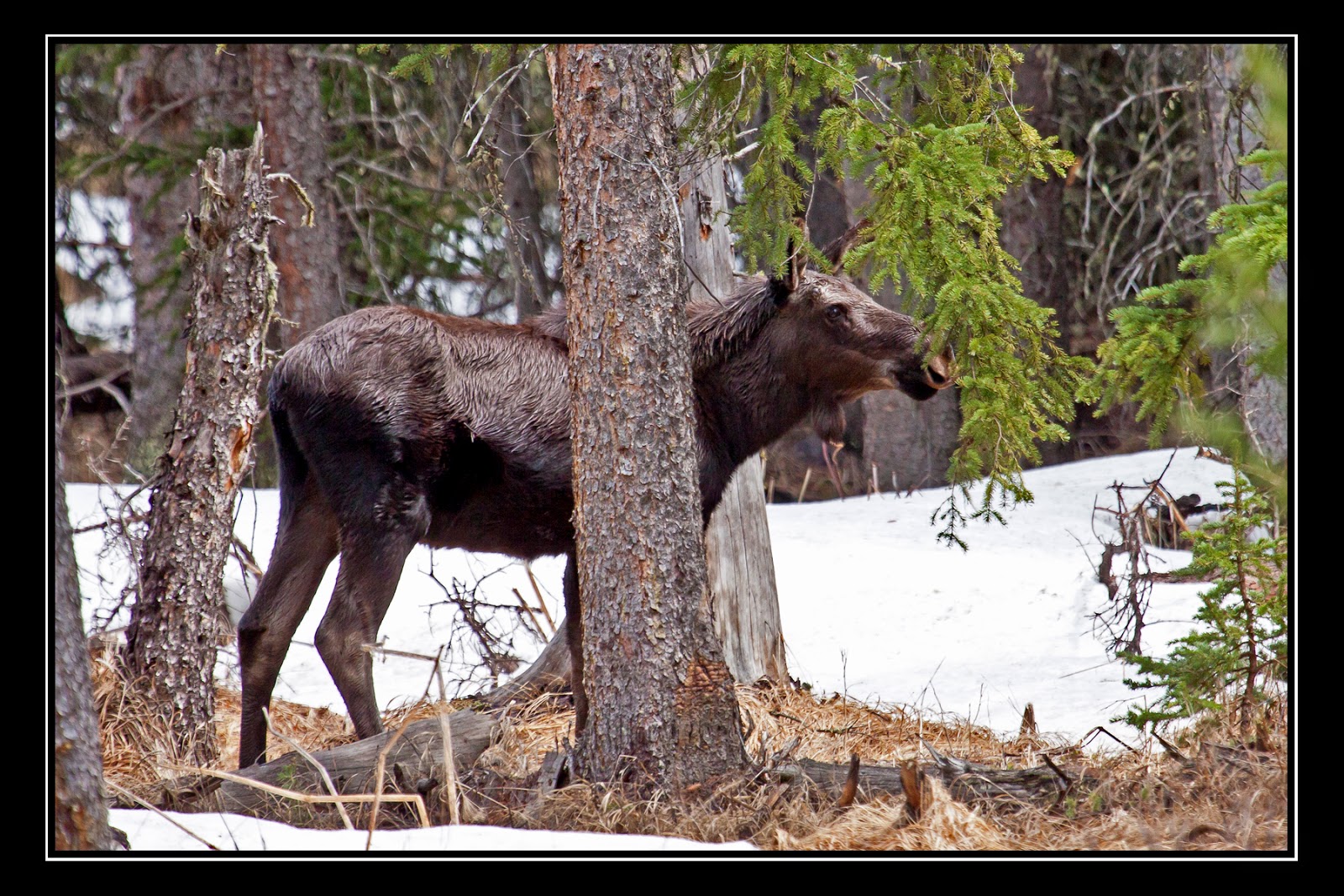 Our next trip to Yellowstone is in 3 weeks. If that trip is as fruitful as our last two, you'll see additional postings on the blog.