The first snow has been a doozy

Last year, 2008, in October it started to snow and when it stopped we had 42 inches of snow. 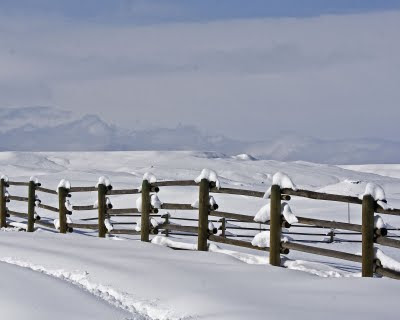 and just a year later, it started to snow again. This time we only got 24 inches to start with, but the snow was wet and the trees sagged and broke the electrical power lines throughout our area. We were without power for 24 hours but survived as the fire in the fireplace kept the house around 68 degrees. 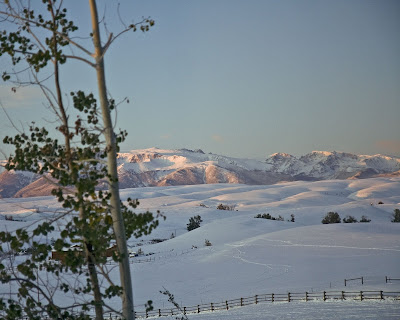 The animals were not ready for snow and the cold as it had been 80 degrees just 6 days before. You can see from this Western Meadowlark who was perched on the fence that this sudden change in the weather was not appreciated.

and 4 days later, the snow started again. The snow has returned to a depth of 2 feet, Clint has not still not been able to spread the manure because the snow is wet and the fields are soggy and a cold front is approaching from the north, tonites low is predicted to be around 2 degrees. The horses will get to come in out of the bitter cold and Clint and Marty will be in front of the fireplace with the dogs.

Next week the temperature will return to the 40's and 50's and we plan to visit Yellowstone.
Posted by Clint at 12:18 PM No comments: