Once in a lifetime, if we are fortunate, we reach the magnificent age of 60. The year 2010 was the 60th anniversary of the birth of Martha Post Baxter. The anticipation of the celebrations started as the we entered the year and may have been culminated on her birthday on September 14.

Marty and her two childhood friends, Debby Wenger and Tina Hablitzel, from a very early age back in Fremont, Ohio have had a great friendship and have spent many days together in the past 60 years. 2010 was no different, this time it was 5 days at a Montana Resort, Paws Up, where the 3 husbands were included in the festivities. This was in May and at that time, only Debby had celebrated her 60th. In addition to sharing the time and the stories of the past, there was river rafting, horse back riding, trail ride on 4 wheelers, visiting a ghost town, geo caching, and dining, 3 meals a day with some fantastic food and great wines, plus sharing gifts and memories. Marty, Debby, and Tina will never forget this special occasion and their 60th birthday celebration - shown here with their flashy glasses at diner one night. 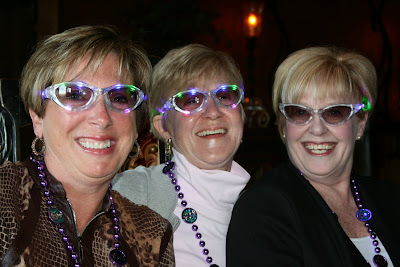 Montana continued to be a focal point of celebration with the Teegardin clan arriving in June and the final departure was in July. At one time there were as many as 19 people sitting around the dinner table. One such gathering there was a "gluten free" chocolate cake served to the birthday girl. These were special moments for Marty as she got to share the horses and Montana with the next generation as well as a special 36 hours in Yellowstone National Park. A final tribute was give to the first foal at the Circle B Bar T by the assembled family which was another sad but great memory of Sammy the Bam Bam. 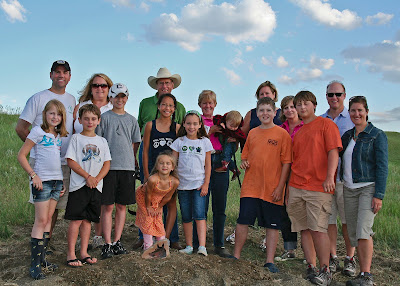 As September neared, so did the best wishes that arrived as cards and letters in the mail, e-mails from many, Facebook was inundated with communications, and there were phone calls from others. If you ever had any doubts as to the number of people who consider Marty as a friend, a colleague, or someone you want to congratulate on achieving this milestone, you should have monitored the activity in the various media mentioned. In addition there were suggestions in the notes as to what Clint's role should be: sing Happy Birthday to Marty, light a candle for her, blow out the candle, spend a lot of money on gifts, take her out to dinner, and much more. 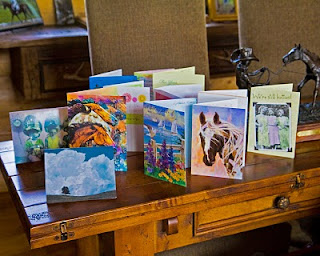 Gifts arrived in the form of flowers, bottles of wine, a painting she had been admiring for several years and many more, too numerous to mention. 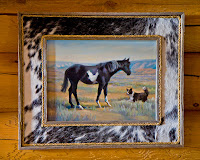 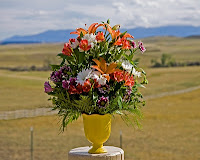 and then the Grand Finale, it was the evening of Marty's birthday, the sun had set and all of a sudden the sky became alive as if people from all over South Central Montana were lighting candles and blowing them out. You could see them from miles away and as each candle was extinguished, there was a loud boom. Marty said, "I'll bet Marse, my mother, who passed away on her 60th, is sending best wishes from heaven and wants to be sure I have a Grand Finale for this special day. And then, the biggest candle must have been lit just outside our yard in the outdoor riding arena. I'm sure you could have seen the light for miles away and then a boom that rocked our house. The morning of the 15th, I took this photograph of the candle, the power of it had split the fence post and knocked down the rails. Marse, we got the message, wish you were here. 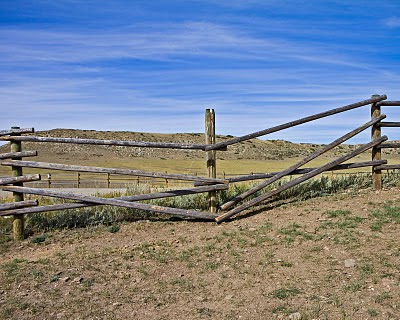 The force of lighting of the candle as you can see, split the post. Marty has suggested we not repair the fence so that she will remember this special year and celebration each day as she rides one of the horses in the arena.
HAPPY 60th BIRTHDAY, MARTY
Posted by Clint at 12:57 PM 1 comment: