We had visitors from Ohio during the early part of April. After a night at Chico Hot Springs we headed for Yellowstone National Park. Although the weather report was a bit iffy, it appeared we could make the trip from Mammoth Hot Springs to Cooke City and return. As we approached Gardiner, we related the story about the Gardiner football field, the buffalo who had migrated out of the park, and enjoyed grazing on the grass in the football arena. We also stated, that the last time we went past the field, it was loaded with buffalo manure. The following is a photograph I took as we went past. 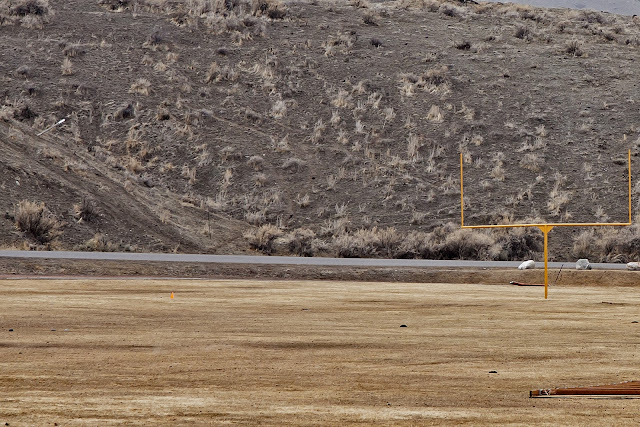 If you remember the commentary from our February 22nd posting, you will recall that students who were in trouble with the staff got assigned the duty of cleaning up the mess. We don't know how many got in trouble, but someone had cleaned up the mess on the field.

Next we headed out of Mammoth and as we got closer to Tower Junction, the temperature got colder and the rain turned into snow. We decided to turnaround and avoid the bad weather.Just as we were about to turn around we spotted the remains of what a grizzly had been enjoying for several days, and instead of a grizzly, it was now a wolf. 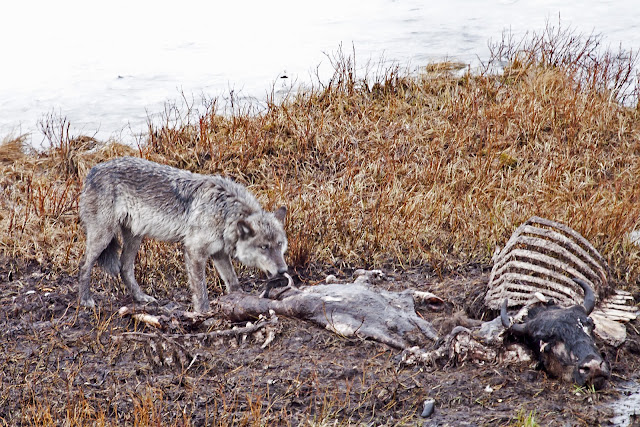 and then we spotted the next in line. As you can see there wasn't much left, but the raven was standing watch to move in when the wolf gave up. 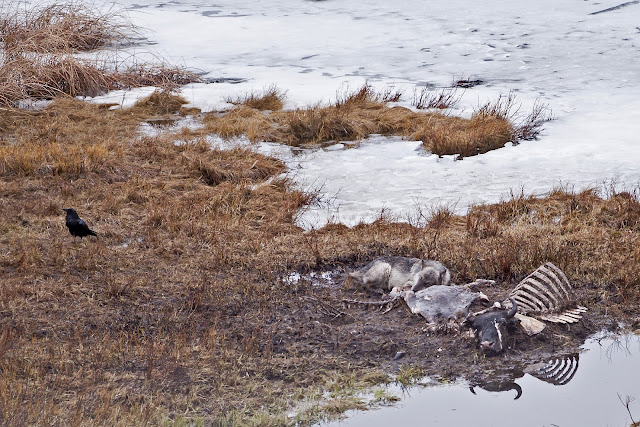 We had turned around, but decided to take one more look before we headed back. Something caused the wolf to leave the carcass and immediately it started to run across what may have appeared to be snow to you, but it was a small lake. The wolf had not checked out the thickness of the ice and the next thing we knew, it was swimming. 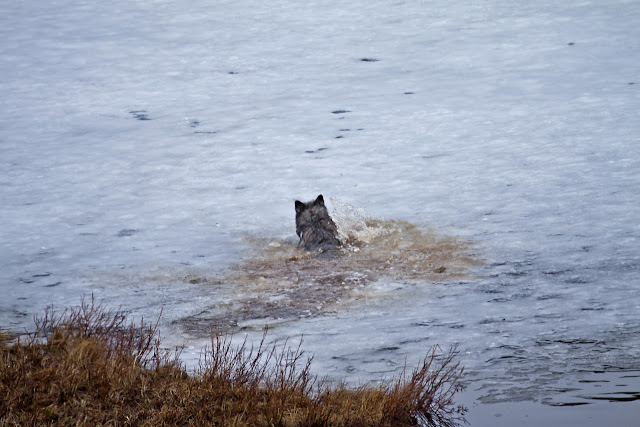 It was very cold and the wolf did make it out of the water, but you can tell from this photo, that he was not comfortable with the outcome. 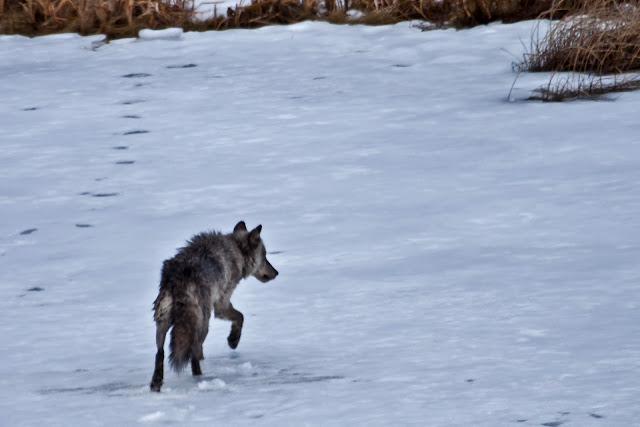 We left Yellowstone and the closer we got to Fishtail, the warmer it got and the snow was gone. Next we decided to visit the Big Horn basin and the Pryor Wild Horse Range. Before we got to see the wild horses, we overlooked the Big Horn Canyon with our guests, Tom Baxter and his partner, Linda James. 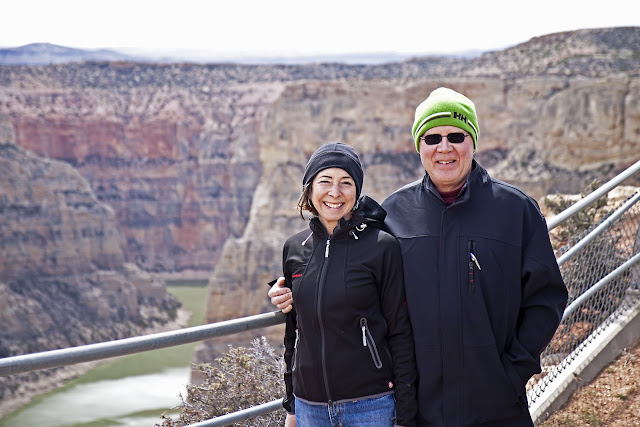 as we entered the wild horse range, we did find some black stallions. This was our best shot. It was too cold there for fighting and fussing. They just wanted to pose and ultimately we saw them grazing what little they could find and licking the minerals on the side of the hills. 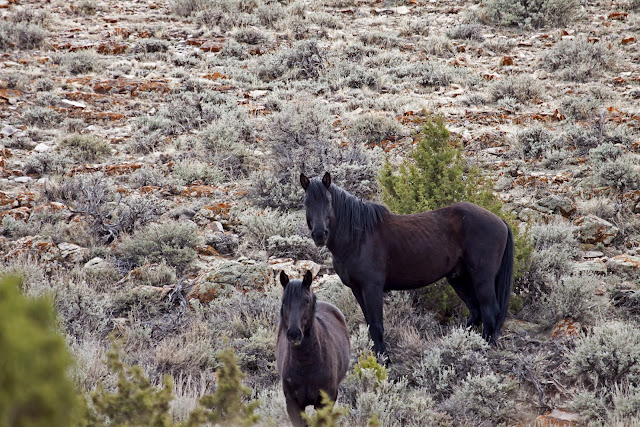 Marty wanted Tom and Linda to see a ranch at the end of the road we were on. This was close to 7,000 acres that was homesteaded by a lady in the 1950's and ultimately she left this area when she was 80 years old. This was her home. We walked around, observed much of the ranch and were amazed at how it could still exist over 6o years later. 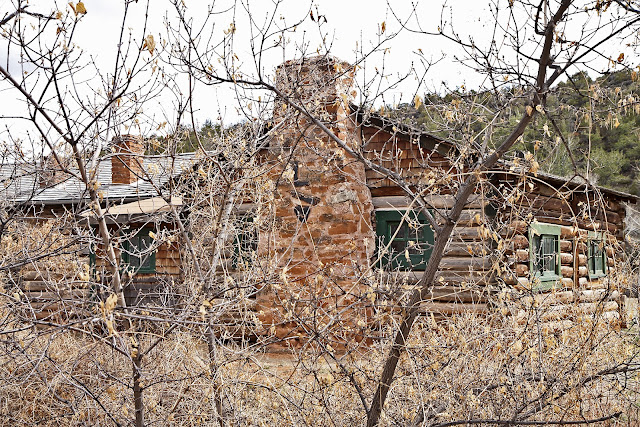 Keep in touch as we will return to Yellowstone and the Wild Horse range again this year and see what exciting we can find on our next trip. Linda and Tom want to return for more.