The headlines in this week's Stillwater County News was the snow that started 10 days ago was the 4th Worst Snow Storm in history. For 3 days the weather got progressively colder and the winds got stronger. The net results were traffic accidents for those on the roads, drifting snow on our roads and driveways, and a low temperature of minus 18 degrees. But those of us who live here, we love it. But first, you will have to see this most unbelievable photograph.
As many of you know, Kenya our female Great Dane, lost one of her front legs to cancer in October. She has now had her second round of chemotherapy and her recuperation is amazing. This photograph tells it all. Snow covered ground, extremely cold, slippery underneath, and who looks like they are having a great time running from the puppies. NOW . . . . look carefully, how many feet are on the ground? . . . . how many feet are in the air ?. . . . and the total is three. 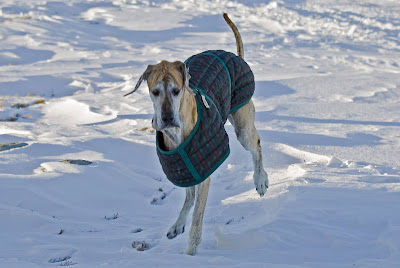 and now look at this photograph, wouldn't you like to look out your window and see this view - the Beartooth Mountains - 12,000 feet elevation and they measured snow up there in the feet. 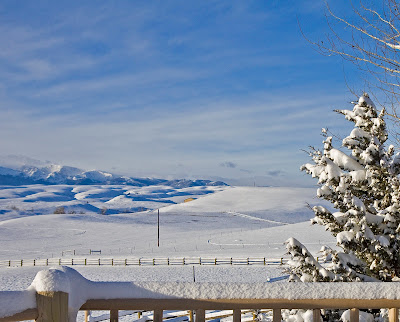 We started taking hay to the pasture the day the snow covered the ground and we are still hauling hay to them twice a day. What is hard to explain is they eat some hay and then drift out in the pasture to get what's been covered by snow and doesn't look like a great meal to us. 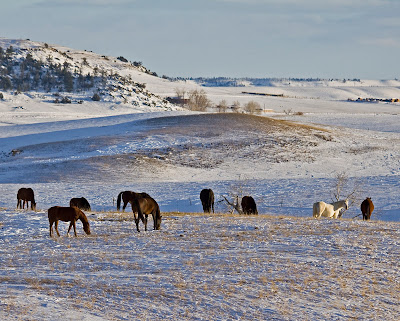 and Doc went to a place in the pasture where the snow was quite deep and he decided that he would paw the snow away and then eat what was buried by the snow. Look carefully and you'll see that I captured his front foot removing the snow. 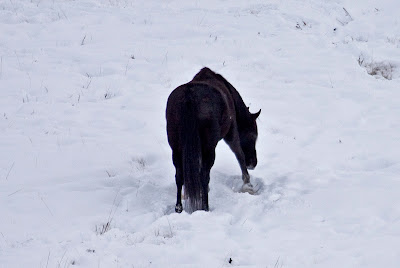 What happened to the turkey's in the trees? They are still here, obviously this guy and at least 14 of his pals did not make the dinner table. They have had to scavage in the snow and are recycling the hay that the horses have deposited. They were so brazen today that they went through the fence and were in a paddock with 2 of our mares, enjoying the treats. 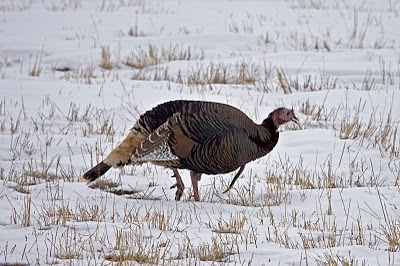 and hunting season ended at sunset today. Needless to say, if you were a hunter and had not filled your limit before the snow started, you had to be dedicated and on a mission to fill your 2010 quota. These deer avoided the last week of the season rush and I would guess they were bragging to each other that they were not sighted. Someone else might say, we didn't see any bucks in the photograph. 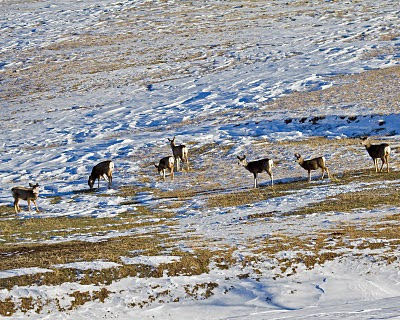 How about your dogs? What did they think of the snow? The 2 puppies, Emma and Baxter, were not to fond of the deep snow and the cold weather. They found their way to the barn or had to be thrown out of the house as they were not fond of Montana until it started to warm up, mid-20's and 30's. They are shown here as they were waiting at the barn for someone to open the door so they could go inside. 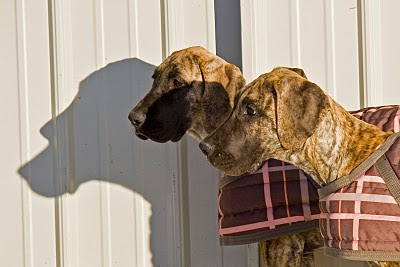 We had a great Thanksgiving with our neighbors, who had to hike to our place for dinner as the driveways had not been plowed. The temperature yesterday was in the 40's but more snow is arriving as I finish posting this update.

STAY TUNED FOR DECEMBER
Posted by Clint at 7:53 PM 1 comment: