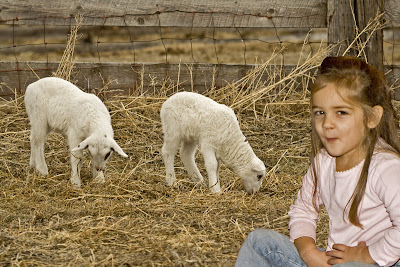 Although I have already captured a number of springtime scenes in Montana, I had not planned on this one until I combined our granddaughter Violet and a couple of young lambs from our neighbors ranch. It reminded me of growing up on a farm in Ohio. The youth of spring: calves, lambs, pigs, chicks, and foals make it a very special time of year. As the days start to grow longer, the pastures start turning green, and the new born start frolicking in the fields, we all feel young again. ENJOY.
Posted by Clint at 7:11 PM No comments:

It happened on the Stillwater River Road 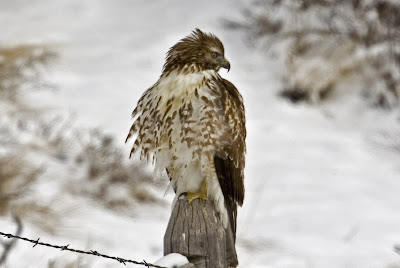 Driving to town on a very windy (30 mph) cold (20 degrees) day, I spotted this red tail hawk sitting on a fence post. I stopped to take this picture and either I spooked it or it was getting cold and needed to exercise to keep warm and off it went. 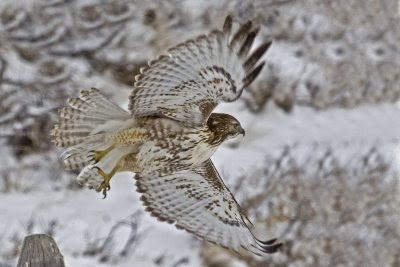 I was lucky, as it left the fence post, I was ready to capture his flight. Not bad for a transplant from Ohio living in Montana. He didn't go far, landed on another fence post, I followed it up the road and took this picture. 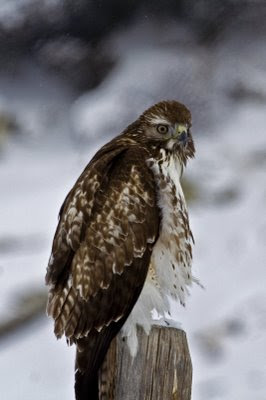 The rest of the story goes like this. After taking these pictures of the Red Tail Hawk, I looked around the area where I had taken these pictures to see if there was anything I had missed. Sure enough, just a few yards from the fence post where I took the first picture was a Golden Eagle feasting on a carcass. Looking around further, I spotted another Red Tail Hawk, and then I saw a bunch of Magpies. The Red Tail Hawks were next in line for dinner followed by the Magpies; and . . . . . . here is the first at the dinner table. 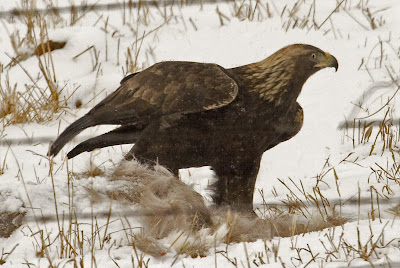