We spent a day on January 10, 2018 in Yellowstone National Park, we went on a snow coach tour on a very snowy day. It was a wonderful experience which started when we saw an elk with a huge rack. 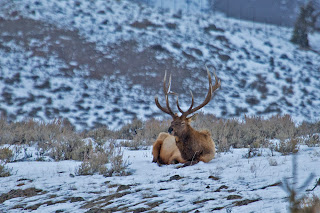 Then the snow got intense and as we drove down the road (this was a snow coach, you couldn't go there in your car since most of the roads in Yellowstone were closed for the winter) we spotted this bison strolling down the road. 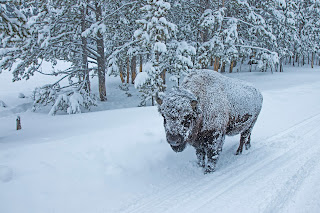 We ultimately found our way to the Grand Canyon of Yellowstone where the water was still running in spite of the cold weather. 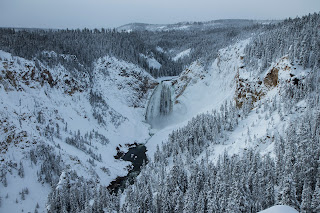 As we parked the snow coach near the site of the Norris Basin geyser, we spotted this raven in a tree. 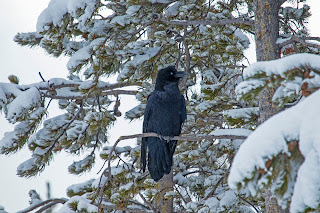 Then the raven dove to a nearby parked snow mobile and opened what was packed on the back and started eating what was in it, 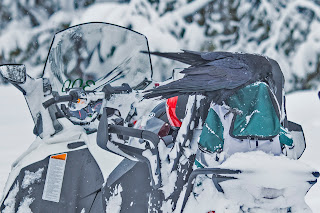 How's that for some interesting sites in Yellowstone on a snowy day?
Posted by Clint at 1:05 PM No comments:

Insight on 4 days in Utah at National and State Parks

We recently spent 4 days in Utah visiting the National and State parks. After visiting Yellowstone and other parks near our ranch in Montana, I was truly amazed at the terrain and how it varied from park to park in Utah. I will add some of my photographs today and in the future to share our experience with you. 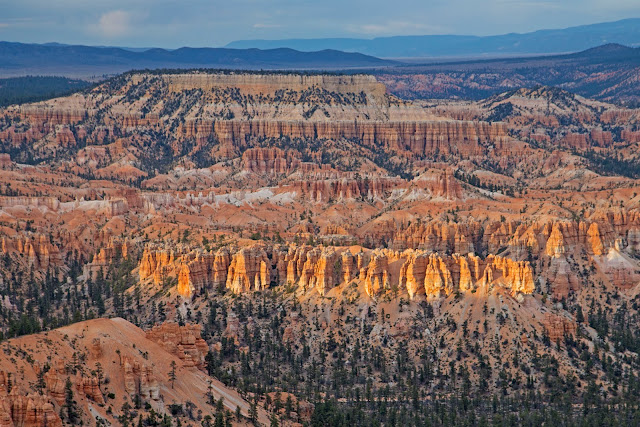 You have to ask the question, who painted these rocks 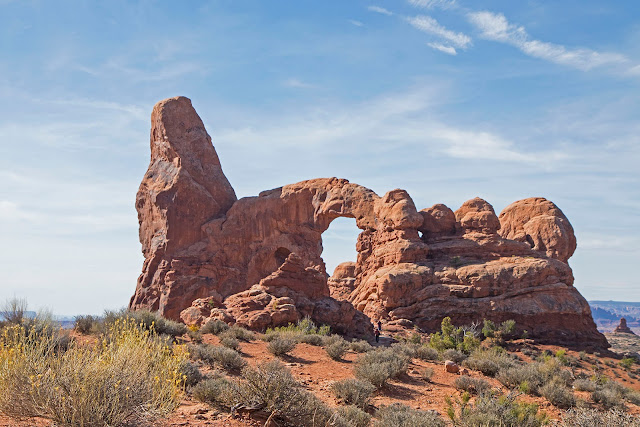 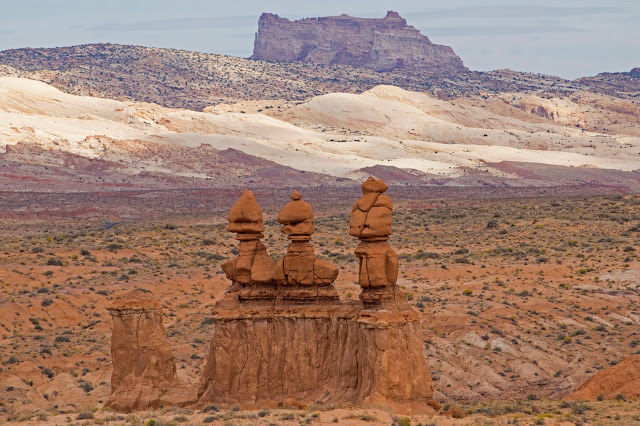 Can you image what it was like to carve these formations. They are huge. 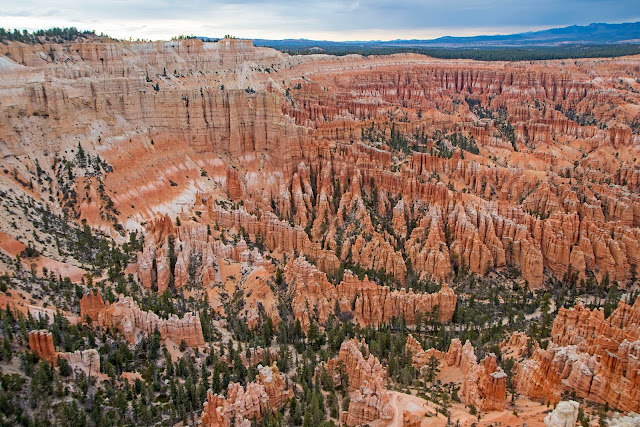 I've been in a lot of parks but never have I seen so many rocks in such a formation.

It had been a while since we had visited Chico Hot Springs and Yellowstone National Park. We have had several personal issues that prevented us from making this journey in the past several months,
but on Sunday and Monday, we made the trip.

Everything was as we have experienced it in the past. We've made this trip at least 5 or 6 times each year since 1993. The hot tub was still hot, dinner at Chico was as good as ever, and the journey through Yellowstone was beautiful and exciting.

Clint took his camera to capture some wildlife. Although it was a very nice day, the wildlife did not pose for Clint very often. It started with an antelope just north of Gardiner. Then an elk near Mammoth Hot Springs, and finally a coyote in Lamar. There were plenty of bison, one bear that we saw in the distance and the scenery was beautiful.

We have already made reservations to return in December and January. Now, to share the antelope, elk and coyote with you. 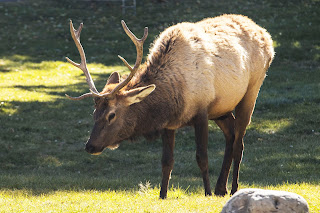 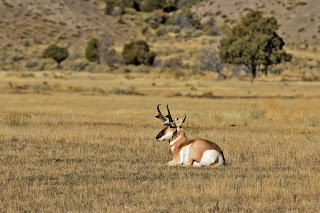 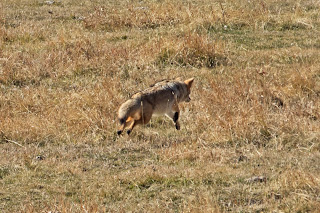 Wildlife on the Circle B Bar T

We get asked, "is there wildlife on your ranch"? Our answer is this is not like Yellowstone National Park, but we do have birds that have nests and hatch babies, and in the spring and early summer we do see deer and their fawns. This year we have seen a number of female deer and were sure there were some fawns however until that last day or two we have not seen them. Today, Marty said, their was a deer with a fawn in the pasture next to our outdoor arena. I grabbed by camera and guess what I found. A deer with fawns, not one but two, or as they say, she had twins. I had to follow her for a while until I got a couple photos.

This is the mother with the twins: 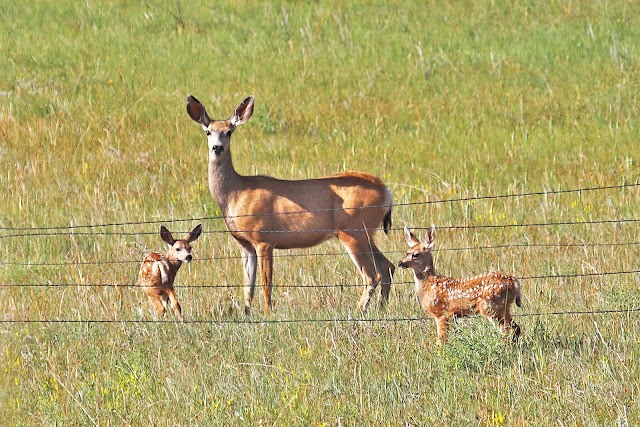 and this is a close up of one of the twins: 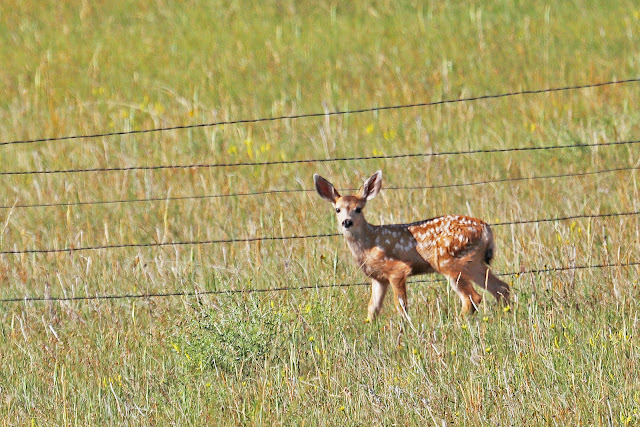 Winter has arrived ahead of schedule in Montana

As we arose today, we experienced Winter 4 days ahead of schedule. How did we know? The temperature was minus 23 degrees and there was a least 10" of snow. 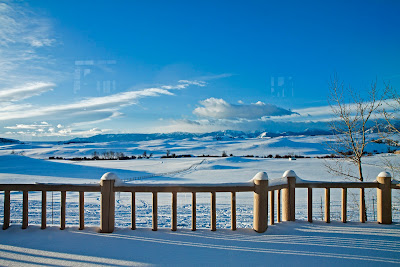 This photo tells the story. We will not have to dream of a white Christmas, we already have it.
Posted by Clint at 9:17 AM No comments:

My son, Jeff took this photo of Clint's homestead, Brookfield Farms, Ashville, Ohio this month while in Ohio to get his son, Peter indoctrinated into the Ohio State University where he will be attending college starting in January. What's amazing, this farm was sold 60 years ago and our home still looks as good as it did then. Can you imagine, returning to your current residence 60 years from now , and seeing a facility that looks as good if not better than it does now. 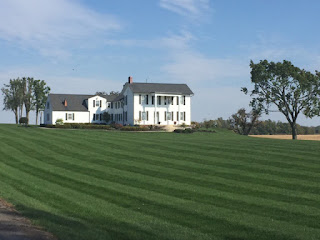 Welcome to Fishtail, Mt. Tonight we are getting a sampling of winter. We got about 3 inches of snow last night, it warmed up to 44 degrees today before the winter sample come tonight. Expected low of 15 degrees. Have a nice fire in our fireplace and hope to keep the inside of the house warm. Fall weather may return in a couple days.