If the old adage has any validity, we, Montanan's are about to get a blast. Five days in a row, starting with December 24th we had red sky's in the morning. We wished you a Merry Christmas with the image we captured on the 25th and the morning sky continued like this through the 28th. The snow is supposed to start later today, the 29th. 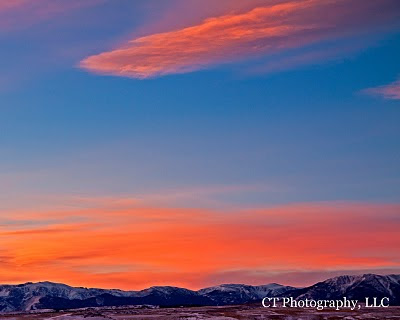 So, what are the animals doing? Up to now the weather has been mild for those who live outdoors. They have enough fur and wool to survive many degree's below zero, therefore our recent weather has been enjoyed by all. We did have a visitor on our deck recently. This is not a pet, this is a wild animal. Perhaps it came to the deck to test the alternatives if there was any truth to the "red sky in morning". We didn't put it there, it must have jumped up by itself and stayed there for several hours. 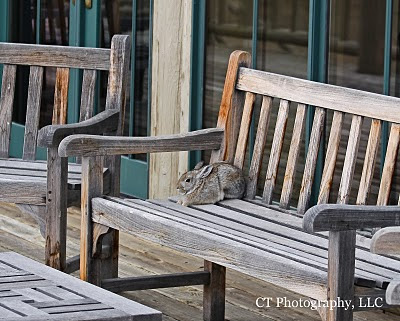 Traveling on the roads around Fishtail was another scene. There has been an abundance of deer carcasses on the side of the road. One can only assume that a visitor over the holidays was zooming down the road to celebrate with friends or family and accidently hit the critter as it was crossing the road. But it was not just one critter, within a 8 mile loop I have spotted at least a half dozen. I got a call on the 27th by one of the gals who helps with chores that she passed 4 bald eagles, feasting on a deer carcass about 2 miles from our place. She was suggesting that I head there with my camera for some photography. When I arrived there was only one remaining and it must have had a belly full as it was perched in a nearby tree and the crows, ravens, and magpis were getting their turn. 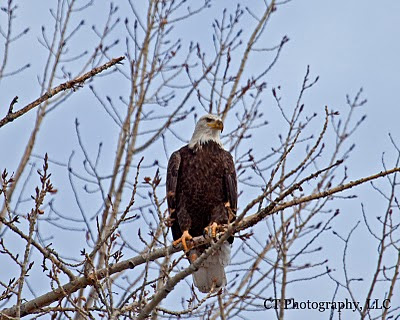 I gradually got closer to the eagle, not wanting it to take off, and to capture a few different poses with my camera. I'd take a few photo's, drive closer, take some more photo's until I was almost directly under the tree where it was perched. Can you tell by the look it it's head that there was something on the ground (me) causing a disturbance for the wildlife. I thought I was doing well and wanted to stay around to see if any of the others might return. WRONG, Look what happened next, and guess who was ready with his camera for the action. 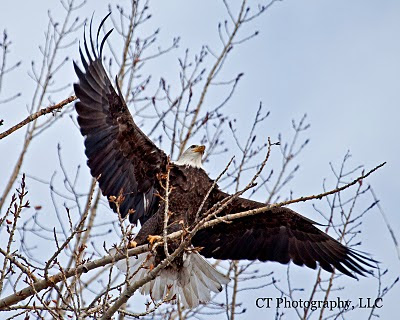 and yesterday, as I left Fishtail to return home, I spotted 2 bald eagles in a tree, just as I turned onto the Grove Creek Road. I stopped and took a couple pictures, but the one's I took the day before were much better. I then became curious, was there another carcass along the road and these guys had there belly full already. Within a couple thousand feet, I saw what was happening. It was either a golden or a young bald (they don't get the white until they are 3 or 4 years old) enjoying dinner and sharing it with some crows and magpis. The next picture is of the eagle as I had gotten too close and it flew to a nearby fencepost. The the real truth was lying on the ground. It was not a deer, it was a skunk. This is what an eagle looks like after chowing down on a skunk and I'd guess the 2 bald eagles I saw nearby had decided to wait for a better meal.
There is plenty of hay in the corrals for the cattle, sheep, and horses. If we get the snow with the cold that has been predicted, everyone is ready. 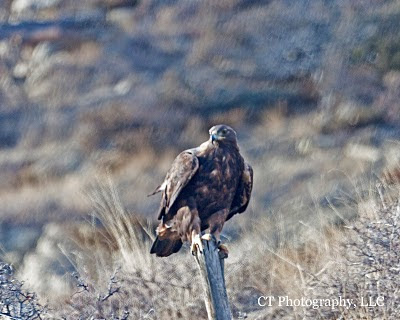