Sure signs of spring in Montana

As you drive down the roads of rural Montana at this time of the year, it's a sure thing that you will start seeing young calves in the pastures with their mothers. We will probably still be seeing day old calves at least until May, but the pastures are getting full and the calves are a sure sign. 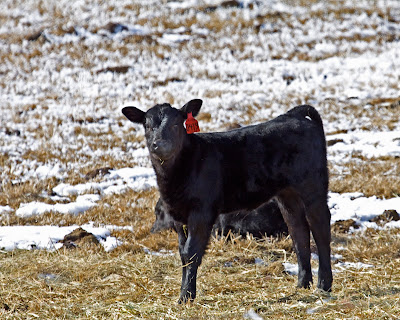 Several days ago, I started hearing a pounding noise on our bay windows, at first I thought it was one of the dogs scratching or gnawing on something. Then I followed the noise to one of our large picture windows to discover a robin flying into the window. He could have been telling me they had returned for the spring and summer but experience tells me he saw a reflective image in the window and was either attacking it or trying to get in the house. Here he is in a resting position before his next attack. 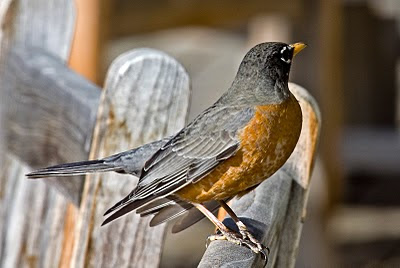 The other site driving down the roads are herds of deer. You will see in this photograph that the girls have accumulated around the "man of the hills". You should also note that there is only one of these guys with the antlers. For now this is his harem, and you better not mess with his women. 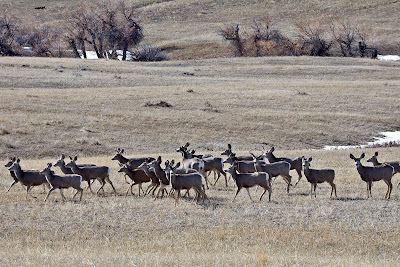 There are calves, birds returning from their winter habitat, the female deers have selected a mate to share with their lady friends and there are many other critters starting to show up. If they have been around, they have found a warm comfortable place to stay, not to far from food, but now that it's getting warm and the snow is about gone, they are venturing out. This one was walking down the middle of the Grove Creek Road as I headed home the other day. I gave him a wide berth and waited for him to realize that I needed to get past him before I proceeded home. 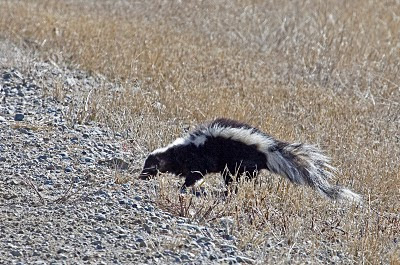 As the days are getting longer and daylight savings time means it's darker later, we know that there will be at least another snow and that summer is next.