A day to remember, a wonderful experience

While visiting the Jeff Teegardin's at Thanksgiving, Marty noticed in one of their magazines a nearby wild animal sanctuary. The decsion was to drive there on Friday and the the wild animals. I have been to Africa, zoo's, and wild animal parks, but nothing affected my emotions as much as this place. In addition to having over 200 large wild animals, we learned that they had all been held in captivity - most illegally - and could not be returned to the wild.

The Wild Animal Sanctuary is 30 years old and has been rescuing captive large carnivores. This doesn't seem much of a mission until you learn the facts of the current inhabitants. One of the most significant facts that I learned, which puts their mission into perspective, is that in the State of Texas there are more Tigers living in captivity than there are in the wild throughout the world. Where can these animals go if they are no longer welcome at their "home" or are being neglected and/or abused. The Wild Animal Sanctuary is one of the few places available. They way they operate and take care of these creatures brings tears to your eyes.

So, did you take some pictures, Clint? Yes, I had my new Canon camera, and as I have told several people who have seen these pictures, it wasn't the photographer, it was the camera. 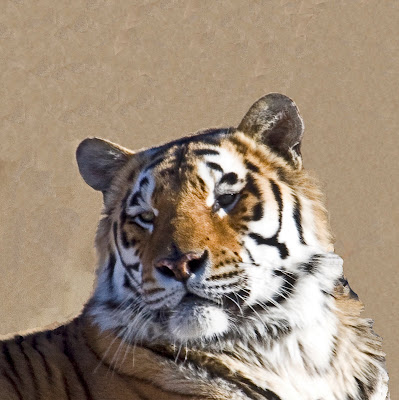 Each of the animals in the pictures, as well as at the sanctuary, has a story behind it. As you learn how they have been treated, where they came from, why they were orphaned, and how they were blended into the Sanctuary, you become very emotional. 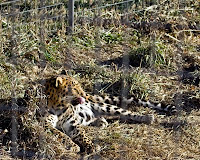 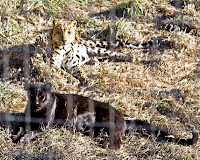 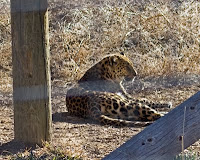 and there were lions 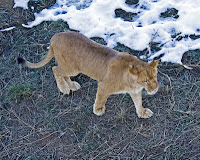 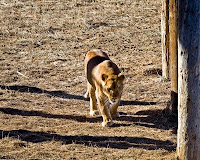 and what do you think of these cuddly creatures 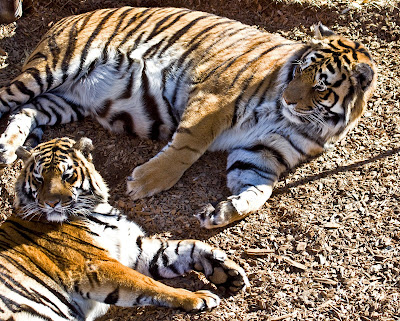 There were also bears which were mostly in hibernation and the healthiest wolves I've ever seen. Having visited Yellowstone National Park for the last 10 years, I've seen lots of wolves, but these wolves just eat, play, and sleep, they don't have to scavage for their dinner. They were behind some very heavy fence and I did't get a picture of them.
Curtis and Peter got into the action as they got their picture taken there as well. They didn't get to share in the wonderful meals that the wild animals partake in daily, but they had enjoyed a wonderful Thanksgiving dinner the day before.

If this has stimulated some interest, you can learn more by visiting the web site, www.wildlife-sanctuary.com or e-mail them at information@wildlife-sanctuary.org. Clint and Marty have made a donation to their cause.
Posted by Clint at 7:06 AM No comments: