Another year of hay at the Circle B Bar T

Hay is a necessary feed component however the amount that we reap each year is a function of the rainfall, the fertilizer, and the weather. 2015 was an interesting year. As we entered the spring we were not sure how much hay we would get. Two years ago we had to purchase hay, last year our fields yielded all the hay we needed, plus the neighbors had 25 head of cattle and calves on on ranch for 4 months, and they also took 100 round bales.

So, what was 2015 like. We had a wet spring, plenty of sunshine, and it's now the end of July and we are just starting to get the hay off the fields. When can we bale the hay and get it in the barn. We were ready in late June, but it was the end of July before we thought we could get it in the barn without it getting wet from the rain. We kept trying to get help to line up help to get the bales in the barn. But each delay, started the process all over. Guess what happened.

In the picture below, you see our favorite field for hay. This year the yield was 930 bales. Until we show you some more of the process, will you understand what really happened. 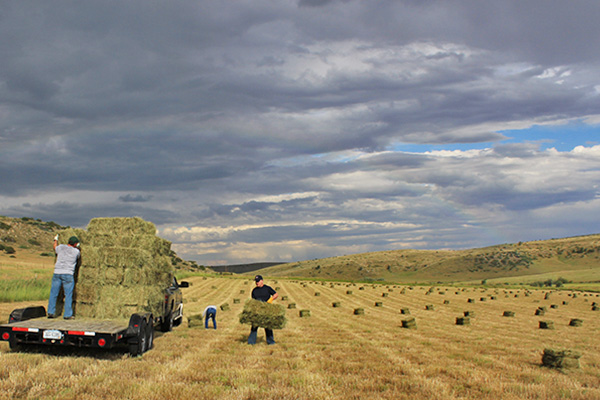 The guy collecting the hay is our son-in-law, Bob Houser from Columbus, Ohio. He was here for 10 days to enjoy Montana with his wife and 3 children. He knew in the past that our summer visitors had helped bale the hay, but that was not part of the plan for this year. 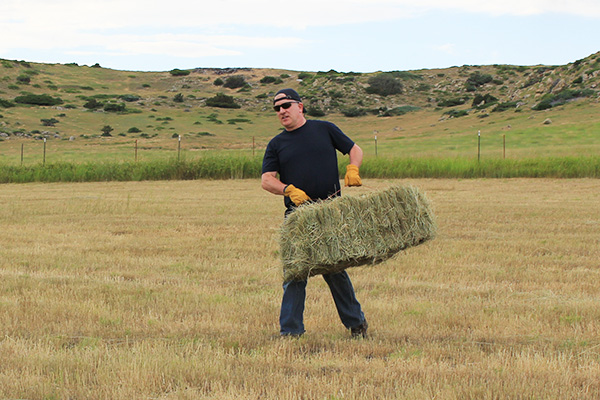 Our neighbor who has always baled our hay, decided to make the size of the bales in the range of 50 pounds. This meant that we didn't need muscle men or women to help get the hay on the trailer and into the hay barn. This meant that we could recruit other family members to help. 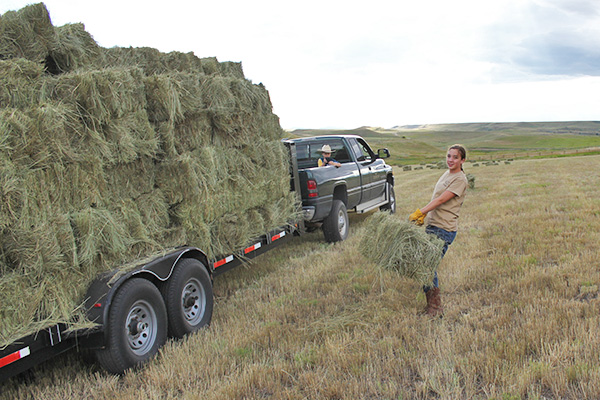 How about Bob's daughter, Grace shown here taking a bale to the trailer. 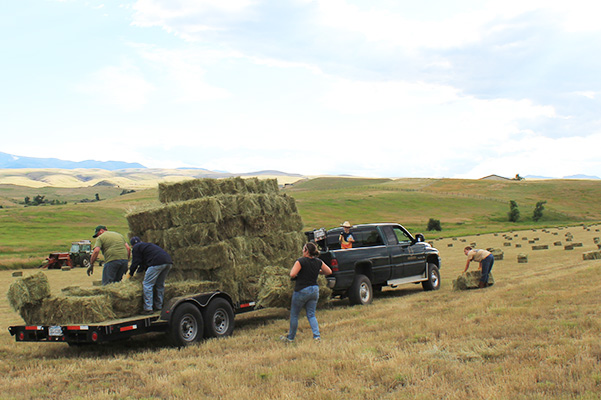 and there was Bob's wife, Jennifer shown here lugging a bale to the trailer, Grace was getting another bale near the front of the truck, and son John was taking water to the helpers. Marty Baxter, not shown in these pictures was also a helping hand in picking up and stacking the hay. 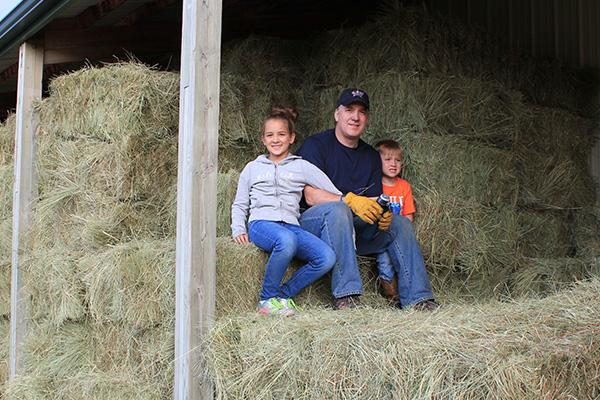 Based on this years experience, it will only be another year or so before we can have the entire Houser family in Montana to help with hay. Violet and John enjoyed another part of the ranch as they rode the horses on a daily basis along with sister Grace. 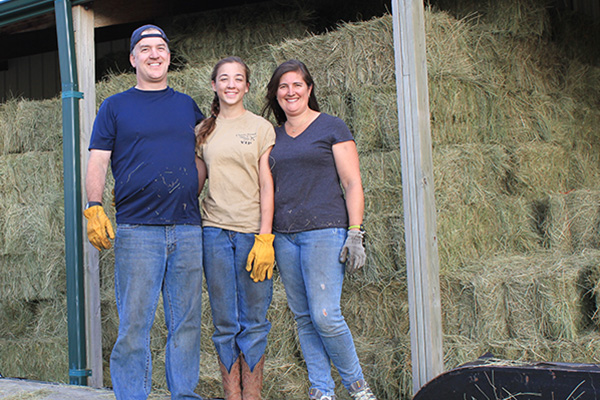 Thanks to the Housers for their help. Our horses will enjoy their contribution for the next 12 months as they chow down on the hay.
Posted by Clint at 3:16 PM No comments:

Hay making at the Circle B Bar T

Rainfall, fertilizer, and good weather determines the amount of hay we get off the fields at the Circle B Bar T. 2015 was a great year. The field along the Grove Creek Road typically yields around 700 bales of hay. This year we reaped 930 bales however the challenge was when will the weather be best for baling and who can we get to help. We started the debate as to when and who in late June but didn't put the last bale in the barn until July 25th.