Yellowstone is getting crowded.

. . . .  . and it has been a great year for bears. Either we have not been in the park during bear season or 2014 is a great year for observing them. June 19th was another great visit with a couple of very interesting photographs. What do we mean by crowded. June's daily attendance will be at least 20 times larger that Aprils. The average daily attendance will be over 20,000 and when you drive through the park it's difficult to find a place to view the wildlife and the roads are very crowded.

Yesterday was a good example. As you can see from our prior postings there have been a lot of folks waiting for bears to appear or get closer to the park highway so they can get a better view of them.
We were traveling toward the Tower Falls from Lake Yellowstone when we found ourselves in a swarm of cars, at least 35 or maybe as many as 50. We were stuck and soon realized what had created all of the attention. It was a grizzly. I couldn't get out of the car because I was on the road. The bear was getting closer, I rolled down the window and started taking photographs. In less that 2 minutes the bear was very close to our car and I had taken 29 photographs. When I got home, this soon became my favorite. It is without a doubt the best photograph I have ever taken of a grizzly. 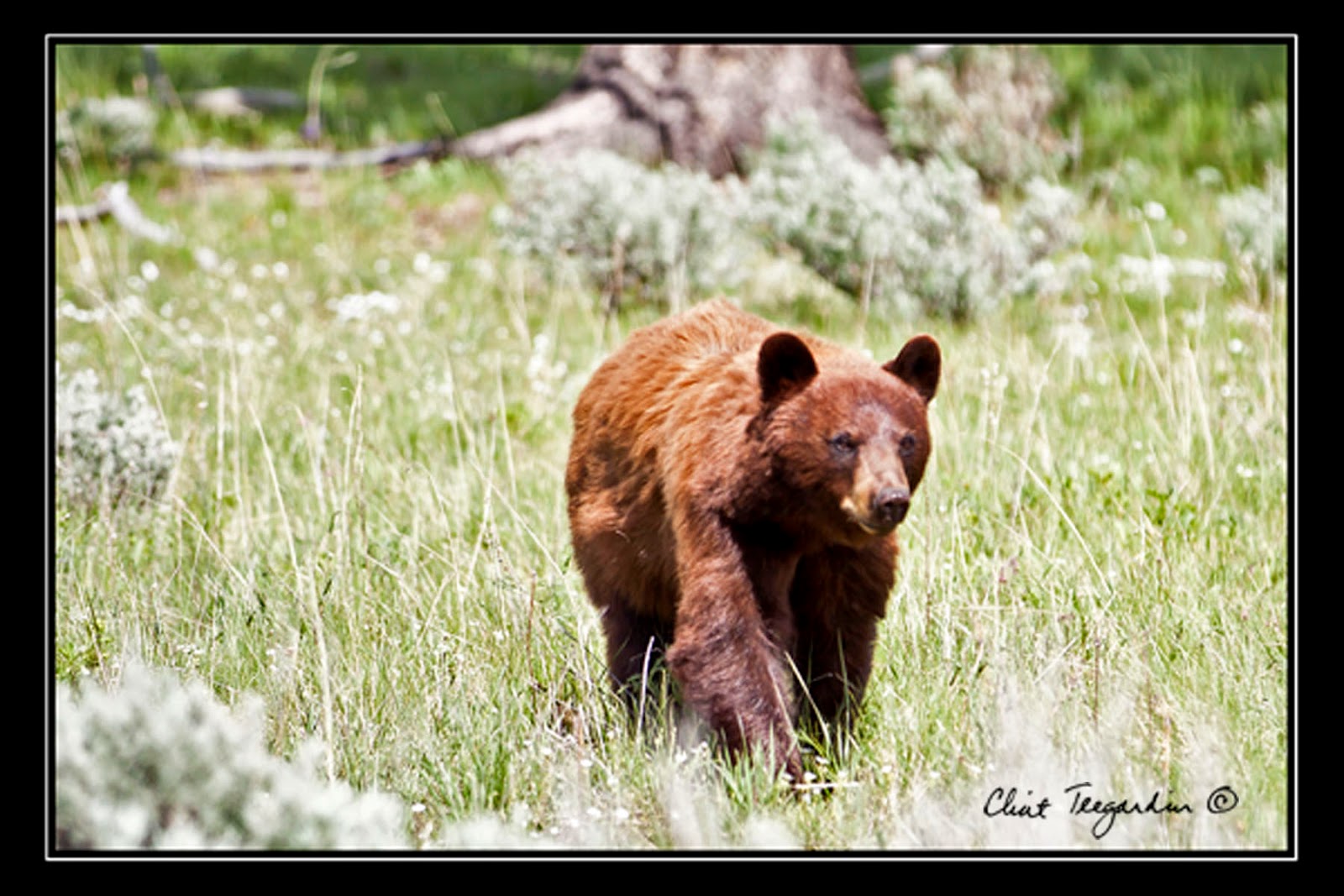 This was great, but we missed another grizzly, similar to this one about 2 hours before. Why didn't we get a photograph. We were too far away in the traffic and the bear was going in the opposite direction.

Prior to the bear experience, Marty spotted what she believed to be a mother moose and perhaps a calf. We stopped, I got out of the car and ultimately decided I would hike into a better position to get a photograph and determine if there were calves. In the backdrop was the Lamar River and as you can see they were on the other side of this brush, but I did get this picture of the mother. 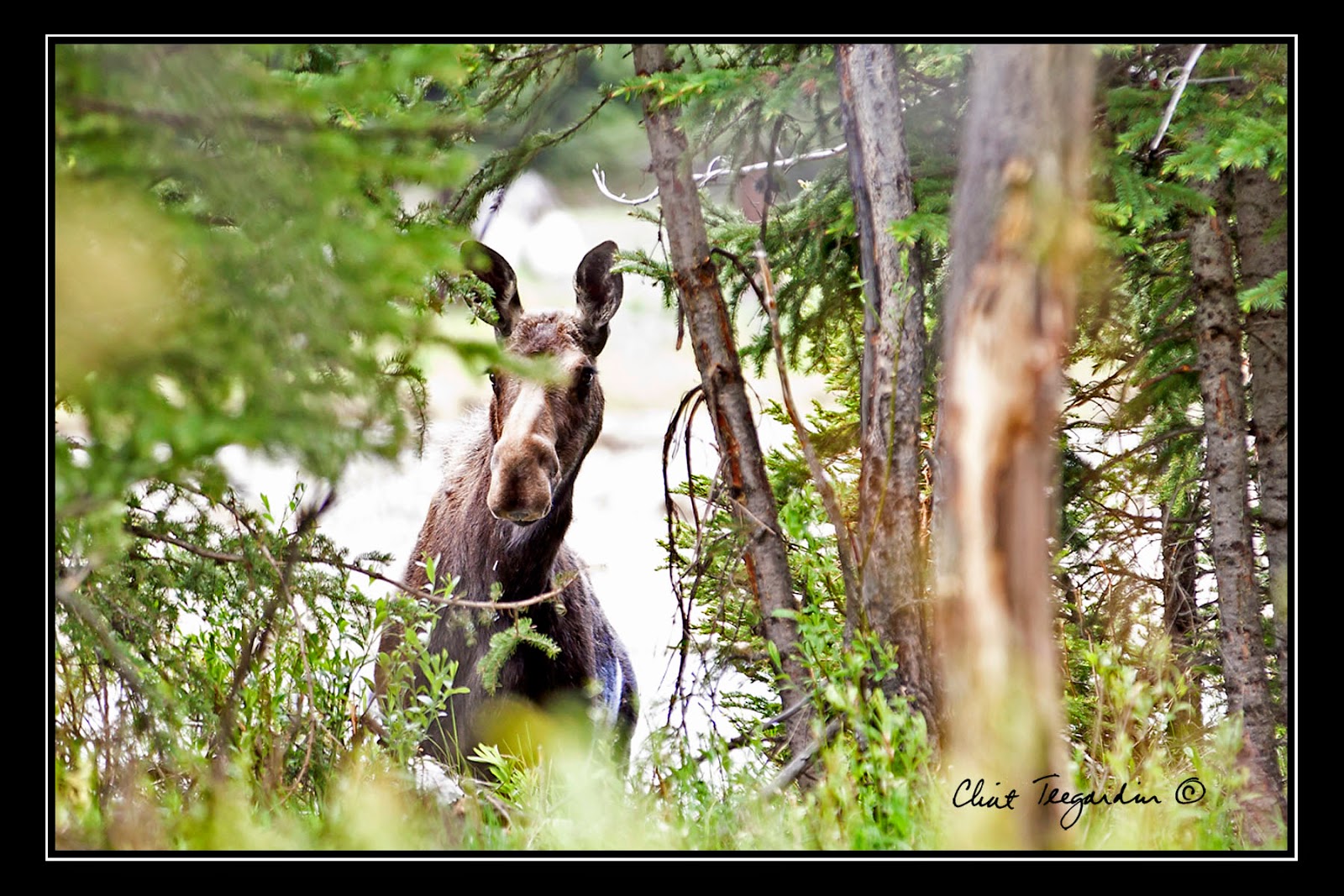 She was a big gal and yes, she had not one but twins. I wandered around and waited and finally, one of the babies appeared for me. The other one must have been shy as I never did get a good view of it. If you look carefully, you can see part of it's side to the left of this one. 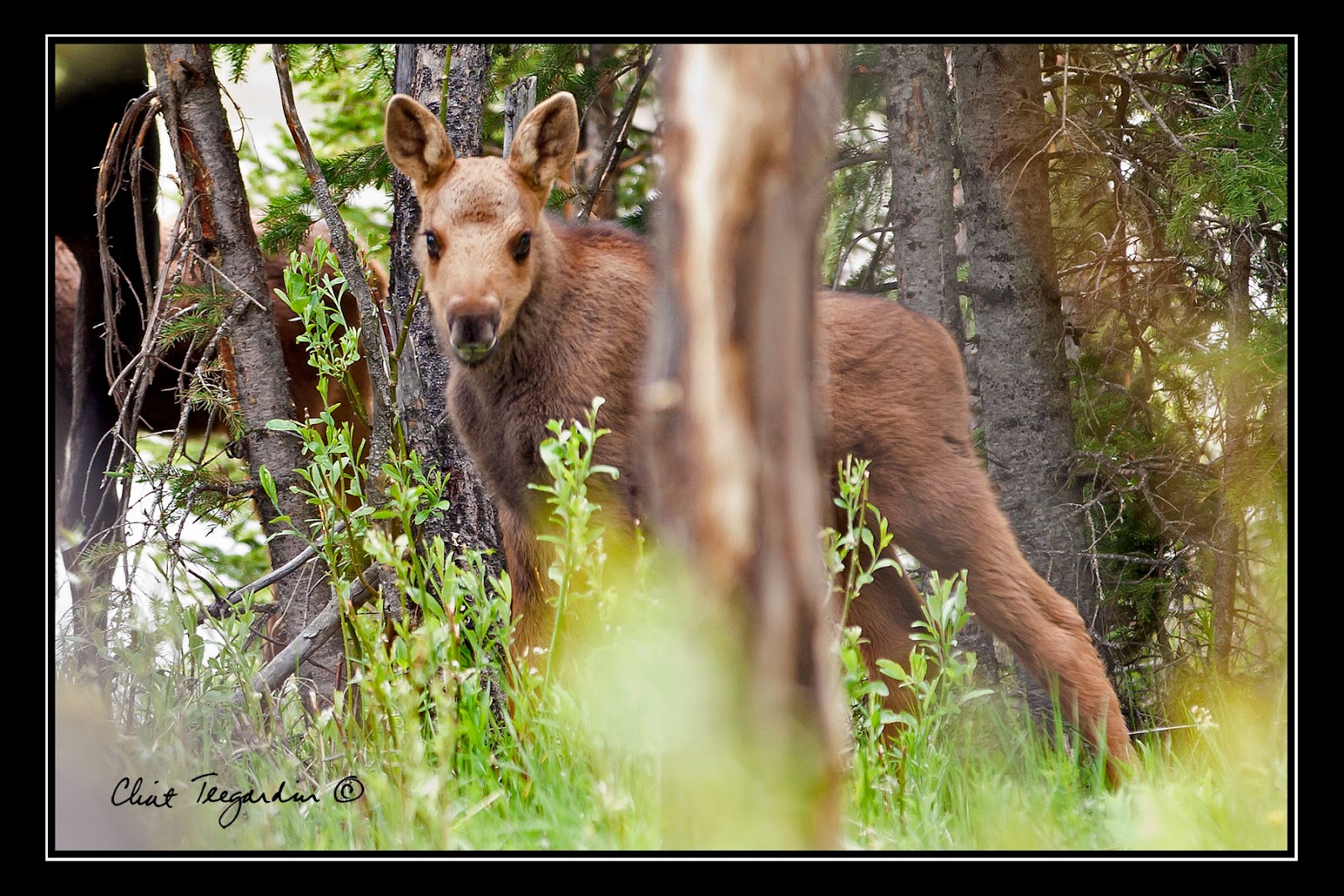 I did see see a black bear but the image is not like the above grizzly. Of course there were lots of bison, an occasional pronghorn, some deer and some elk. I was another great day in Yellowstone.

We had to return home via Livingston as the Beartooth pass was closed due to snow. As a result I drove over 500 miles in the 38 hours of our travel. We did get to stay in Chico Hot Springs.
Posted by Clint at 1:43 PM No comments: