2004 was "the year" for a local girl to hit it big. Just before Christmas, there was a picture on the lumber company wall introducing a litter of Great Dane puppies in Absarokee, Montana. Marty told me to put a deposit on the brindle female and soon thereafter Barlo had a playdate. 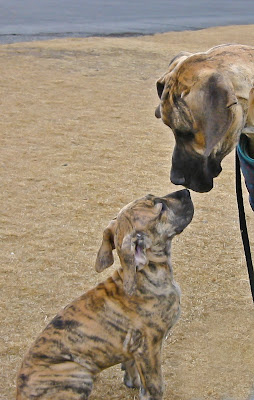 The lady was asking Barlo if she could become his pal, obviously the answer was yes. What should her name be? Our prior dogs had a name related to our veterinarian. The vet of choice at this time was Dr. Brown. But we couldn't name her "brownie", but his first name was Ken and we had just returned from Africa. How about Kenya?

In the winter months, our dogs can be found with a blanket (size - medium foal) on when they are outside. They grow so fast that there are make shift blankets or vests used. Although this one would more than keep Kenya warm, she didn't appear to pleased with this hand-me-down from Marty. 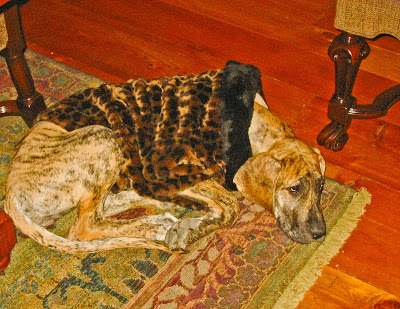 Being outside, going on walks with Marty and Clint, snooping around the ranch was always considered a treat. On this day, there had been a carcass near the Grove Creek and since Kenya was the first to spot it, she got first pick of the pile of bones. She was so proud of this she carried it to the house and would not permit anyone to take it from her mouth. A few hours went by before we could take it and put it in the garbage can. 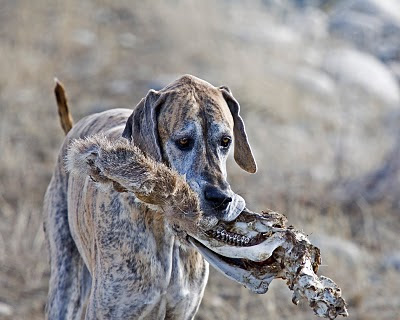 When Marty rested on the couch in the family room, or was watching television, the favorite place for Kenya and Barlo was sharing the couch with Marty. They were obviously content and enjoyed the companionship and the comfort. 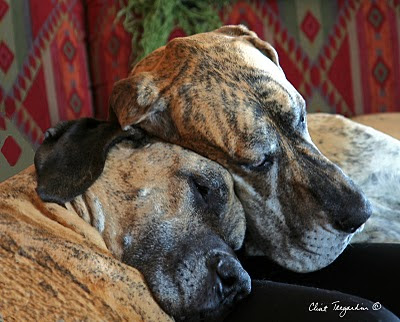 Kenya enjoyed having her picture taken. This is one of many, but there were two that were enjoying the walk around the ranch on this January day. They were dressed well and happy that the sun was shining. There are similar pictures that were taken on trips to Yellowstone National Park, Chico Hot Springs, Paws Up, Woodbine, and many other places in Montana. 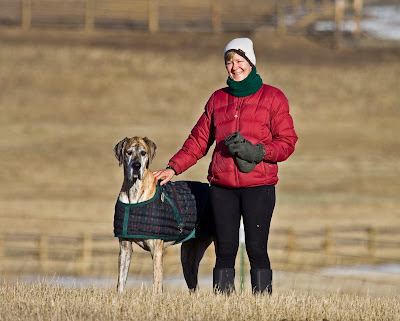 Shortly after Barlo's passing, Kenya jumped out of the Suburban and injured her front leg. A few days later, it was not getting better so we took her to Dr. Barlau. The fractured front leg was also infected with cancer. Dr. Barlau removed her front leg to avoid further spreading of the infection. It was a matter of days until Kenya was out running in the snow as if nothing had happened. Her sense of balance was great as well as you can see in this picture. 1 leg gone, 2 legs in the air, and 1 leg on the ground. 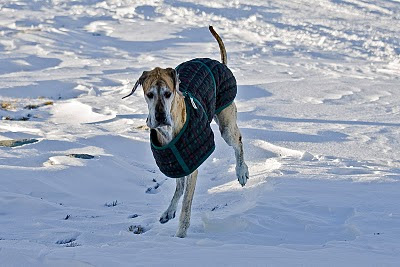 If you are familar with our dogs, you knew that when Barlo had difficulty laying down and getting up, we purchased a couch for him. Kenya's biggest challenge was getting in the back of the Suburban to go with us. We learned that the older Subaru Legacy was much closer to the ground so it was appropriate that we purchase this 1999 automobile for Kenya. Please note that she got her own license as well. Traveling with Clint and Marty was again a joy plus is was much easier to see out the windows while laying down. 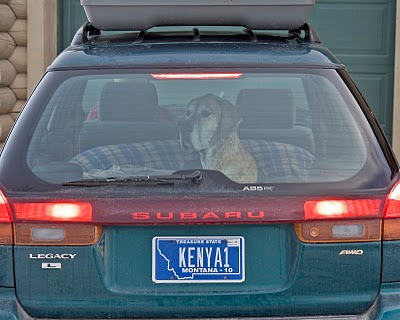 Nothing seemed to be slowing her down. Her best friend, Rhia, would come to visit. She and Kenya would play together as if nothing had happened. This picture, taken by Rhia's owner, Heather Farmstead, shows the joy the 2 girls had when they got together. 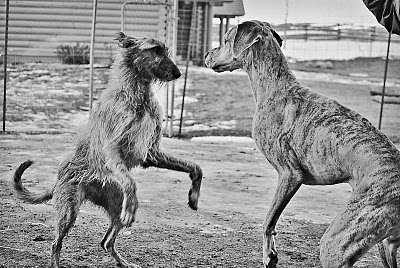 In spite of valiant efforts on the part of Dr. Barlau, Dr. Miller, the staff at Colorado State University Veterinary College, Kenya has now joined Barlo. She will be missed by all. There are many fond memories of her held by Clint, Marty, our family and friends. We'll miss you Kenya.
Thanks for being a part of the Circle B Bar T. 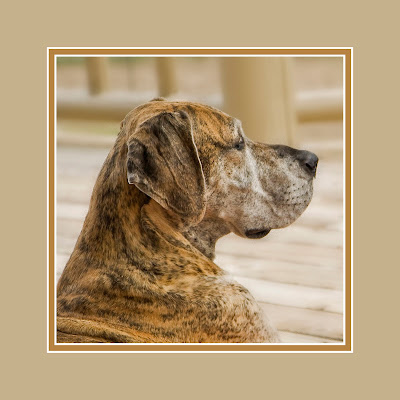