Hunting season with a camera

We left our ranch and traveled 40 miles to capture with a camera what others might being trying to capture with a gun or bow and arrow. Somehow the deer know when it's hunting season and they also know where it's off limits for the hunters. During our trip I counted at least 184 deer and never left the road. This picture was taken soon after we started the trip, 6 miles from our place. 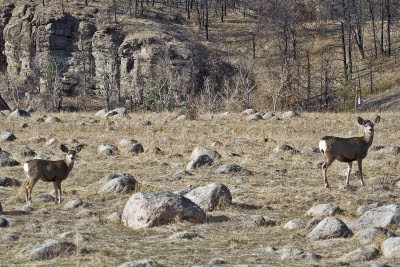 We had not traveled too much further when we spotted this fellow. Based on the size of his rack, it is obvious that he has avoided the hunters with guns over the years. He was in a field not far from the road and I said, he should be hiding as we had been passed by a number of hunters as we made the loop. Then I noticed in was on a ranch that did not allow hunters. Don't go across the fence buddy or you could be in trouble. 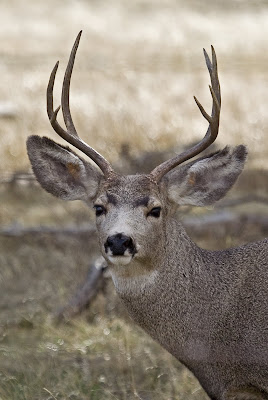 We were near Beehive when we saw this guy. As I was finished taking his picture, I noticed across the road, a father and son had arrived on a four wheeler, and the son had taken his gun and was aiming at something. I looked around and saw these turkeys, perhaps he was in charge of getting the Thanksgiving dinner. He did shoot a couple times, his aim was not good as the entire flock of turkeys survived and the hunter and his son moved on.

and if you were a bird hunter, not far down the road was this flock of birds that decided not to stay around once I got out of the car to photograph them. 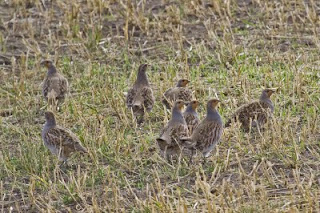 In addition to the wildlife and the hunters, we observed several hunters at a rifle range honing in their aim. What was surprising was there were at least 50 deer within a mile of where the rifle range was located. I didn't stay around to see if they would be aiming at larger targets. The drive was beautiful, a clear day, sunshine and the view of the mountains was great. 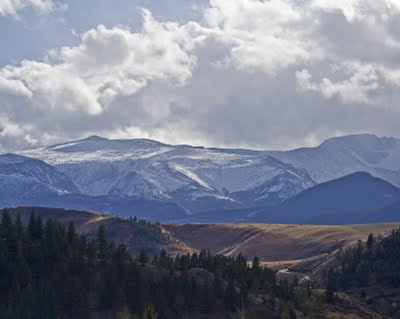 The final picture was this young deer who was resting in the sun in a neighbors yard. The only shots that could be fired at it was with a camera. 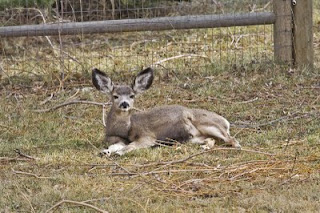 If you want to see a larger image of these pictures, just double click on them.