Rain in Boulder or Snow in Montana

In September in read about the rain in Boulder and we received a report from our son who lives there. In spite of the 12" plus rainfall, Jeff had no problems where he lives. His property was well served by drainage and sewers, therefore, other than traveling in the problem areas, there was no problem.

Now, in early October, travel 550 miles north to Fishtail, Montana where we experienced at least 18" of snow. The results of the precipitation were different. Just look out the window of our home or on the deck and you see a pile of snow.

here's a better view of the snow on the deck of house, facing south. 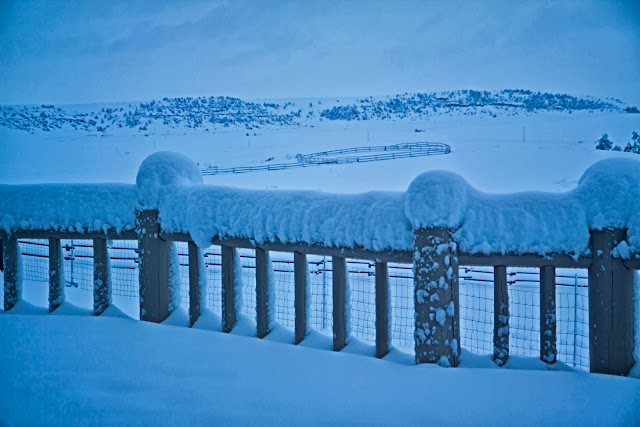 So, other than a lot of snow, how were you impacted. The daytime weather has been in the 70's during the month of September and we had almost 3 inches of rain. The pastures were green and there was plenty of grass in the pastures. We had not fed the horses hay since last spring and there was enough grass in the pastures around the Grove Creek, the neighbors brought over 36 head of cattle to graze off the growth. 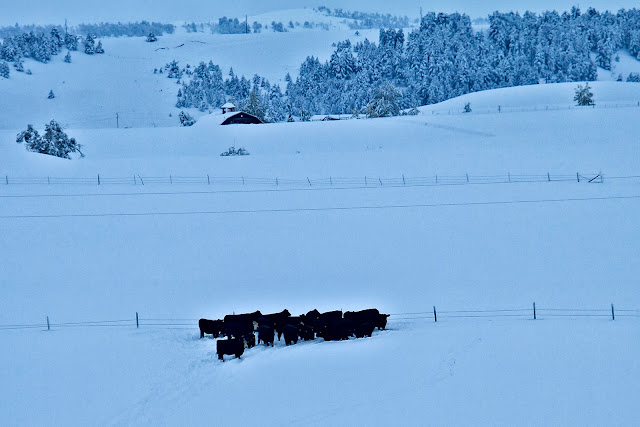 This is part of the cattle herd looking for the pasture. The snow was too deep for the neighbors to bring them hay. 24 hours later they arrived with a hay on a truck and a tractor to pull the truck in and pull it out of the field. 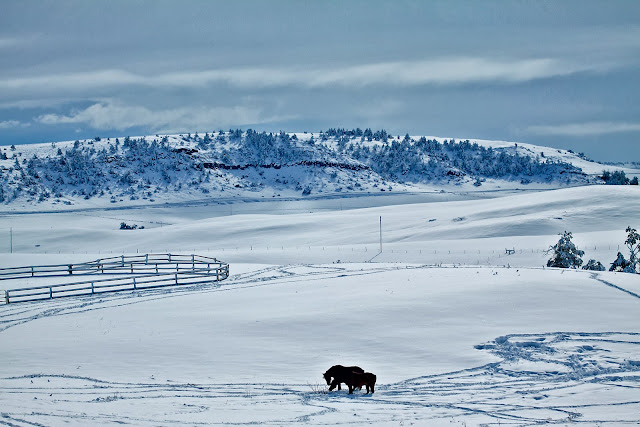 and these horses wandered all over the pasture where they had been dining for the last 2 months only to  have their dinner covered with 18" of snow. 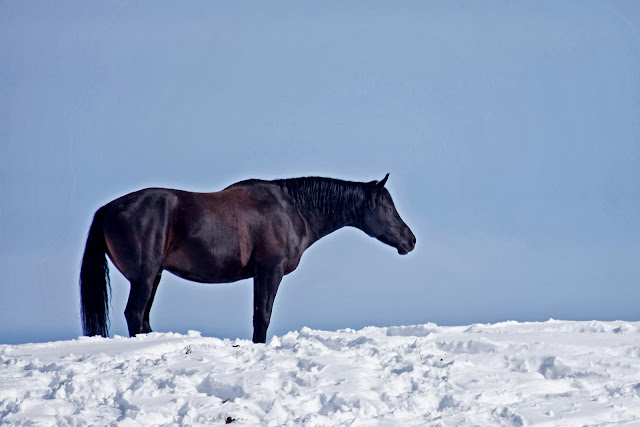 and Doc had this look that maybe he saw Clint bringing hay to the pasture. 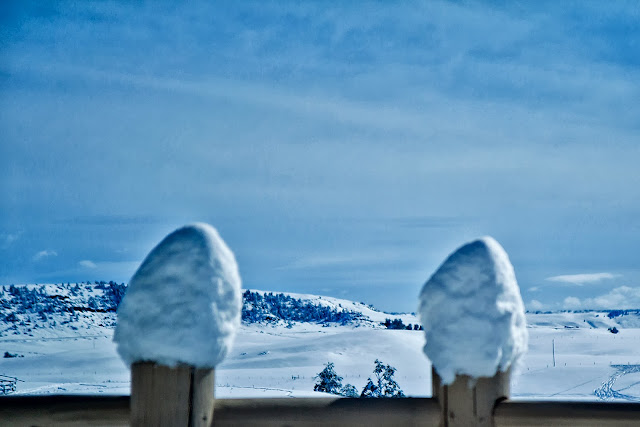 and a day later, there had been some melt, but it didn't get the snow on the top of the posts on the deck rails.

TODAY & TOMORROW WE ARE EXPECTING 70 DEGREE TEMPERATURES
Posted by Clint at 12:22 PM 1 comment: