We took a trip to Lovell, Wyoming and visited the Bighorn Canyon. We entered via the southern end of the canyon, as there are several different ways to get there. You may wonder how did it get its name or what makes this place so popular. Most likely, the biggest attraction is fishing on the Bighorn River which attracts alot of fishermen. If you are a horse lover, it is the home of a herd of wild horses. 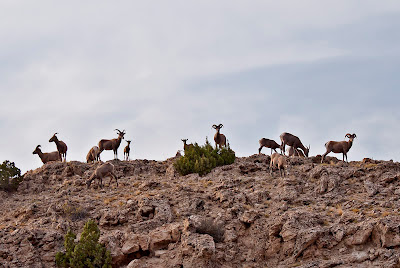 Of course, we came to see the wild horses, and soon after we entered the canyon, this small herd of horses entered the highway we were on.  They got close to the car and we took lots of pictures of them. However, if you are thinking of wild horses, this tells the story best. 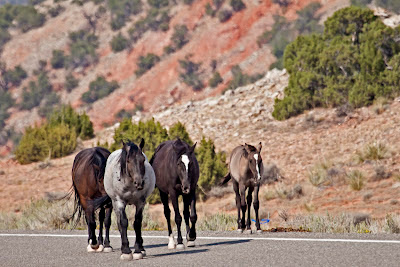 During this trip, we saw a couple more of the wild horses in this setting. There were actually 2 horses initially and after we had taken several pictures, a black stallion appeared on the scene. He was in a clump of bushes to the right of this horse. This was one of our favorite photo's as it captured the wild horse as well as the landscape of the canyon. 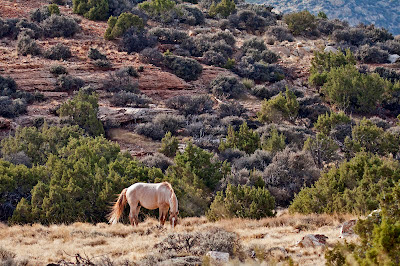 We could leave the canyon without showing you a picture of some of the rock formations. Supposedly, the entire canyon was the bottom of a lake, most likely millions of years ago and many of these formations were a result of the water and ultimately the erosion from the water. 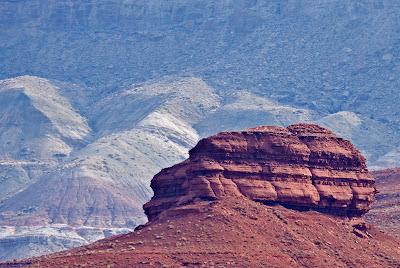 We had to add this photo as it most likely represents the picture that most people have in their minds when they think of wild horses in the mountains. Look carefully and you will see a 4th horse in the lower left corner of the picture. 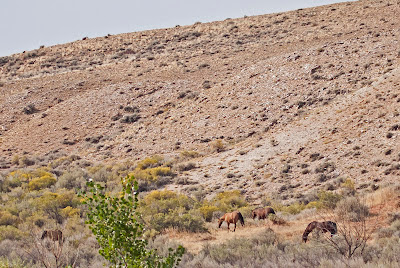 and how about a close up of one of the horses. It was the zoom lens that made this possible. After you have visited the Bighorn Canyon, and even this picture, you wonder how the horses survive. There is a lot of ground with no grass, there are plenty of rocks, sage brush and other non-appetizing growth. But, somehow they survive. 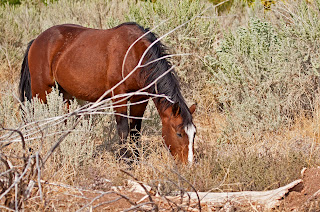 Finally, we leave you with a picture of the rocks on top of one of the ridges. There were lots of scenic views, this just being one of them. 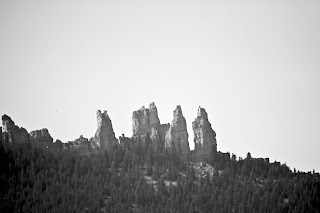 We have plans to return to the blog with other photos we took during this trip. Some of which were taken at a horse show at the foothills of the Bighorn Canyon.