A short trip around Fishtail

I didn't have to travel far to find this variety of images. It's mid April, most of the snow is gone, Easter has just passed and the creatures are starting to invade the pastures and other terrain. One of the first images I spotted were some birds. Of course, one of our favorite birds is the American Eagle and this one was perched in a tree overlooking some interesting other birds. 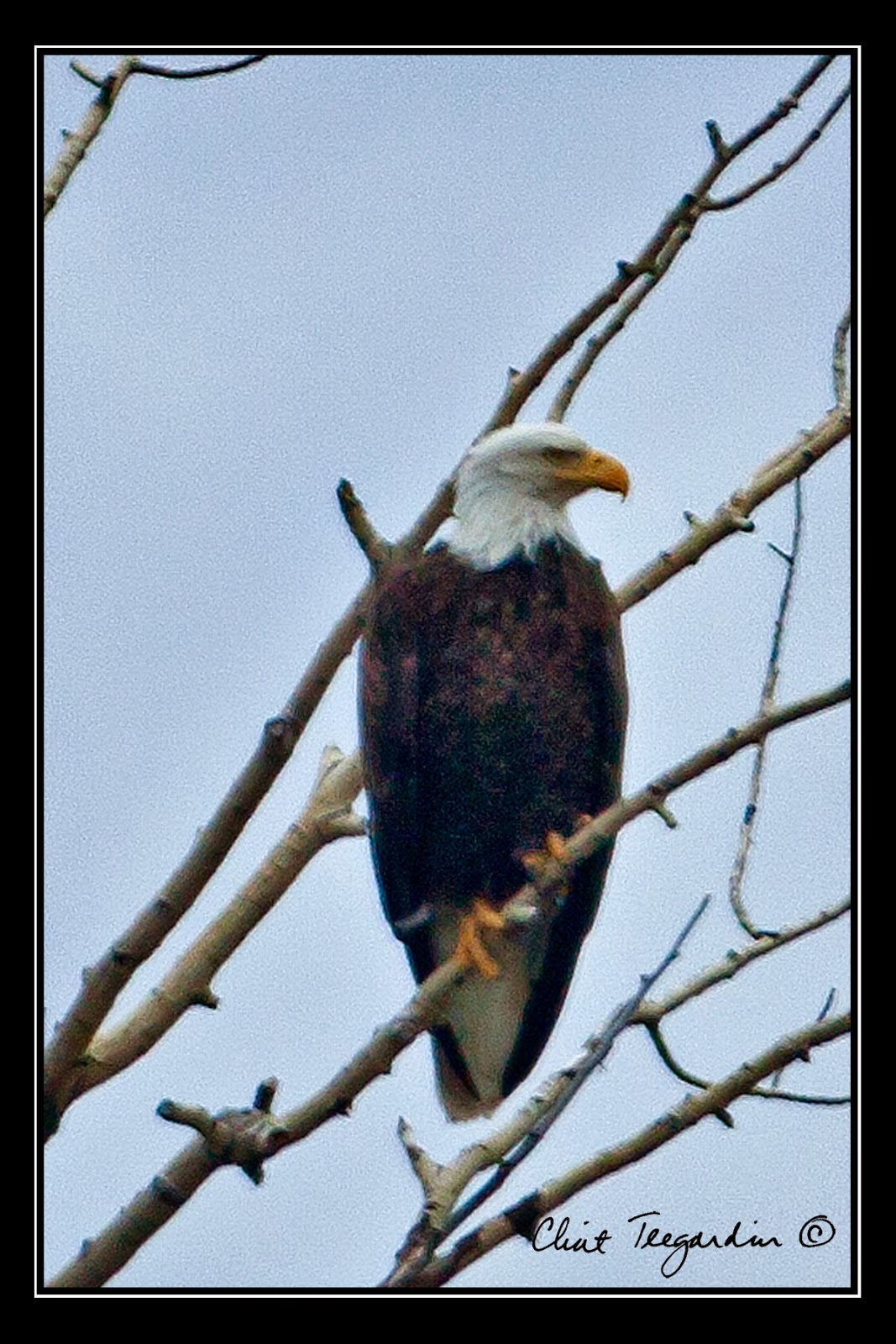 I looked closely and I wasn't sure I had seen these birds in Montana. I took several pictures and it wasn't until I got home and looked closely at the images that I discovered it was buzzards that I was observing. The eagle was looking down on the buzzards and I figured they had some type of a meal
in the vicinity but I never discovered if there was something. Maybe they were just working together to find their next supper. 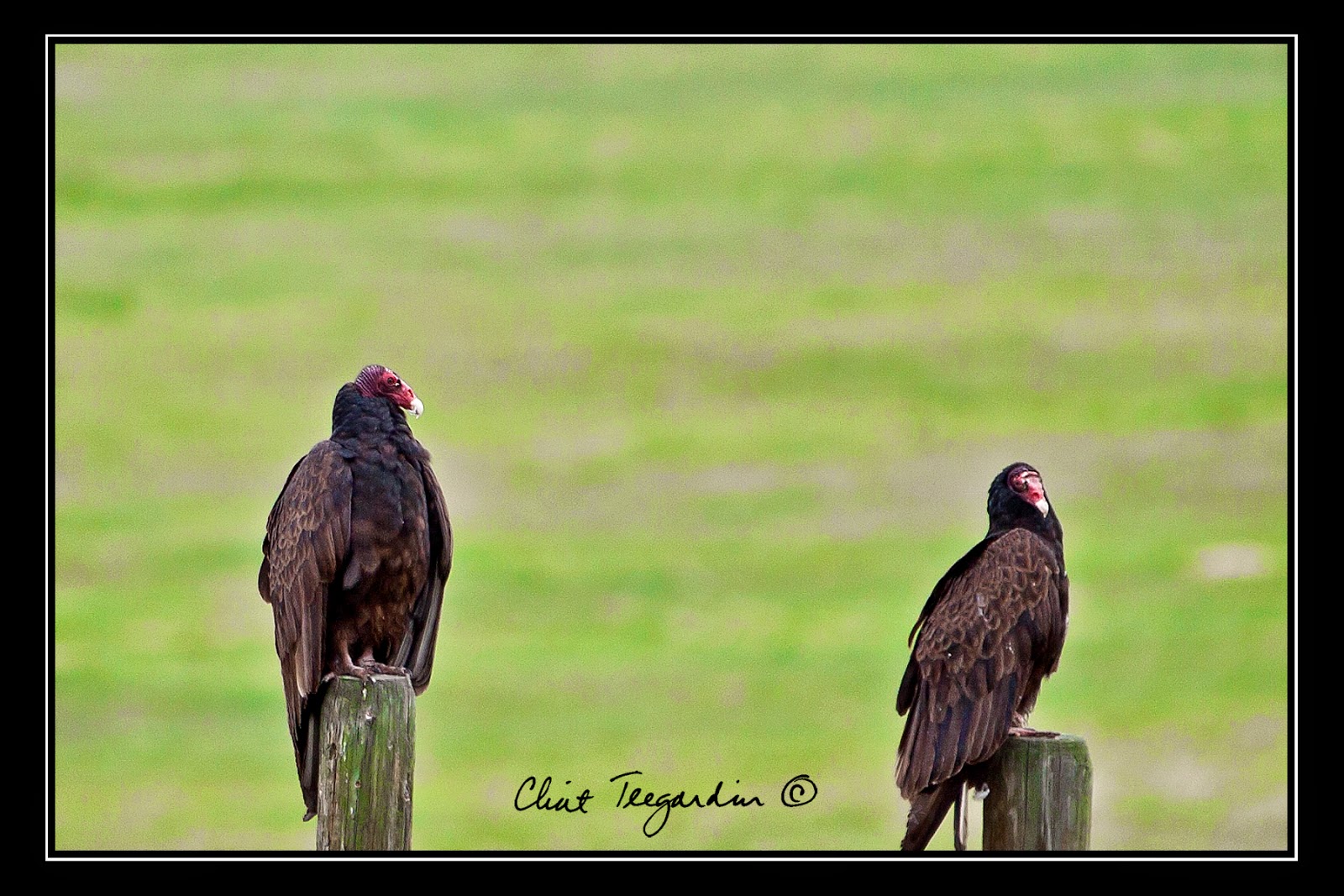 Spring in Montana brings a lot of new births and the ranchers are busy taking care of the new calves and lambs. What caused me to stop the car were these images of baby sheep.  They were in a field of at least 150 mothers and probably 300 babies. The normal birth rate is twins and you can see here. The rancher had already labeled them with their mothers number. 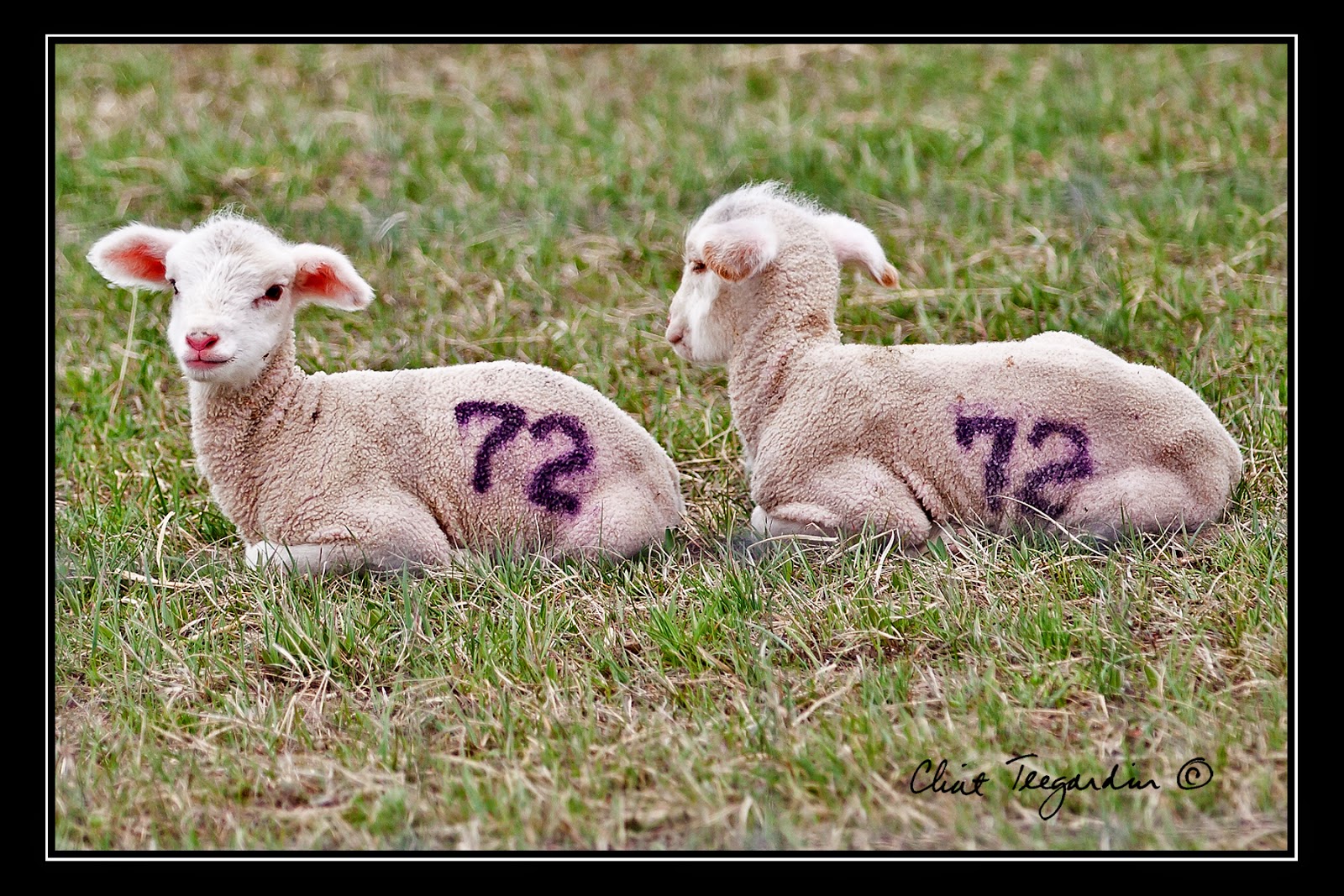 and not too far away was one of the older lambs who adventured away from his twin and was climbing on a log. If you look carefully they have started the process of removing the tail. The ring that you seen is cutting the circulation and soon the lower part of the tail will be missing. 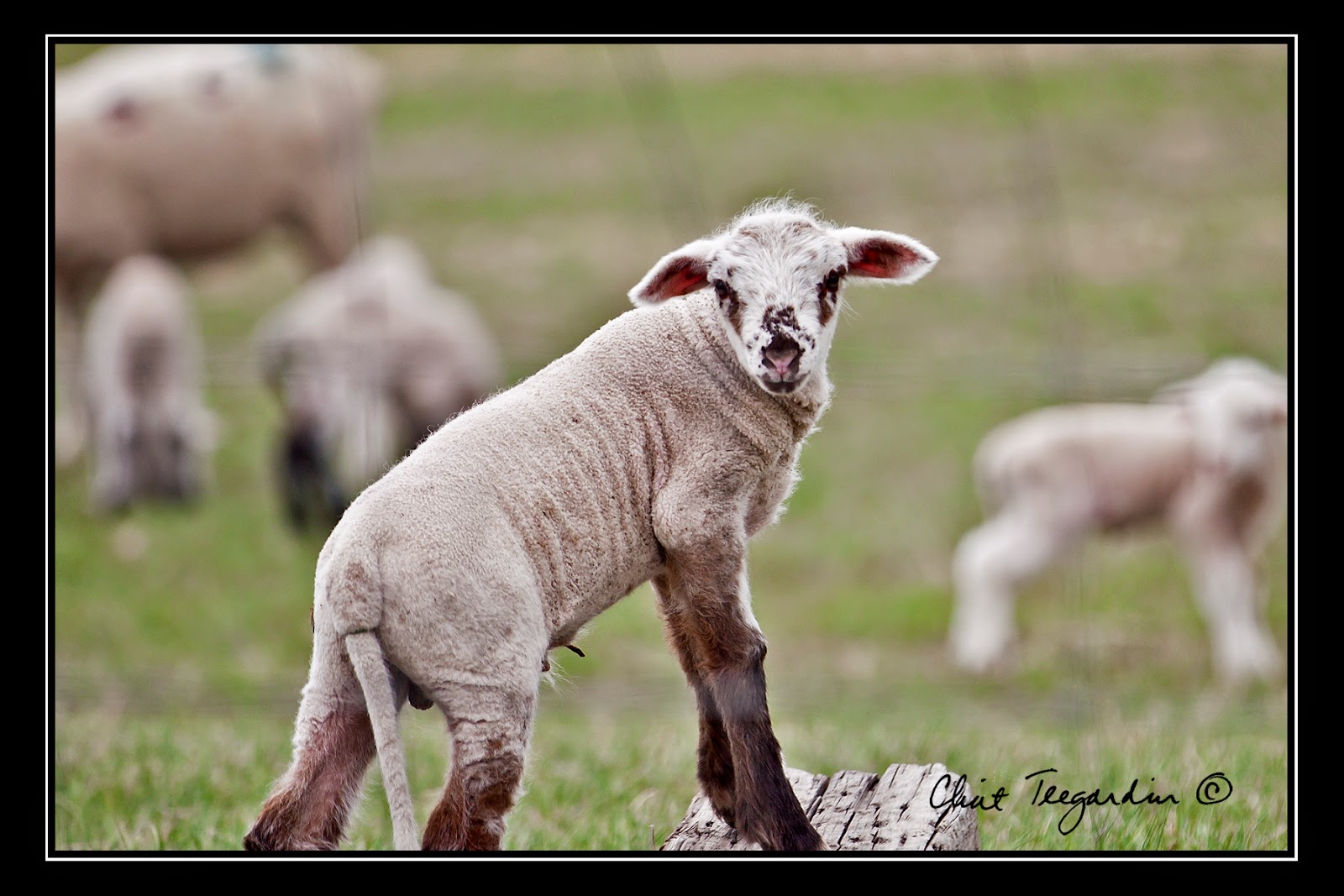 Starting in the spring and until late fall, one of the birds that you will see in the fields are the Sand Hill Cranes. They returned in late March, they travel with a mate, will have off spring and travel south in the fall, only to return in the spring. This is the male of this set. 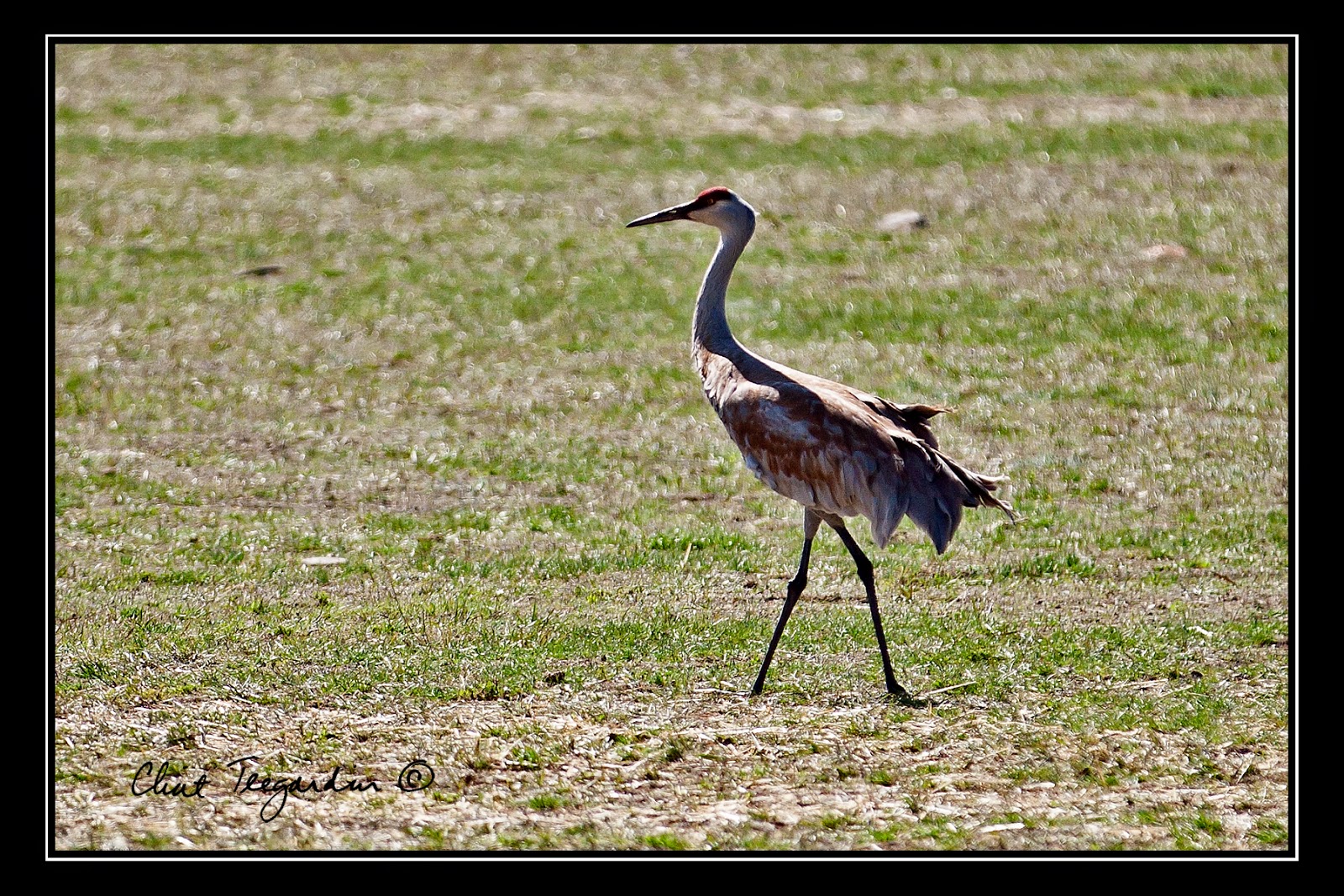 When we got the snow the week before Easter, I commented on my Facebook that the hiding of the easter eggs would be a real chore with all of the snow. The mountains in Red Lodge got over 2 foot of snow, we didn't get that much, but we had plenty. So as I'm driving down one of the back roads,
who do I spot but Jack like in Jack Rabbit, like the guy who has the chore of hiding the easter eggs.
Looking closely at him, you can see he looks exhausted from the chores that he inherited prior to Easter. 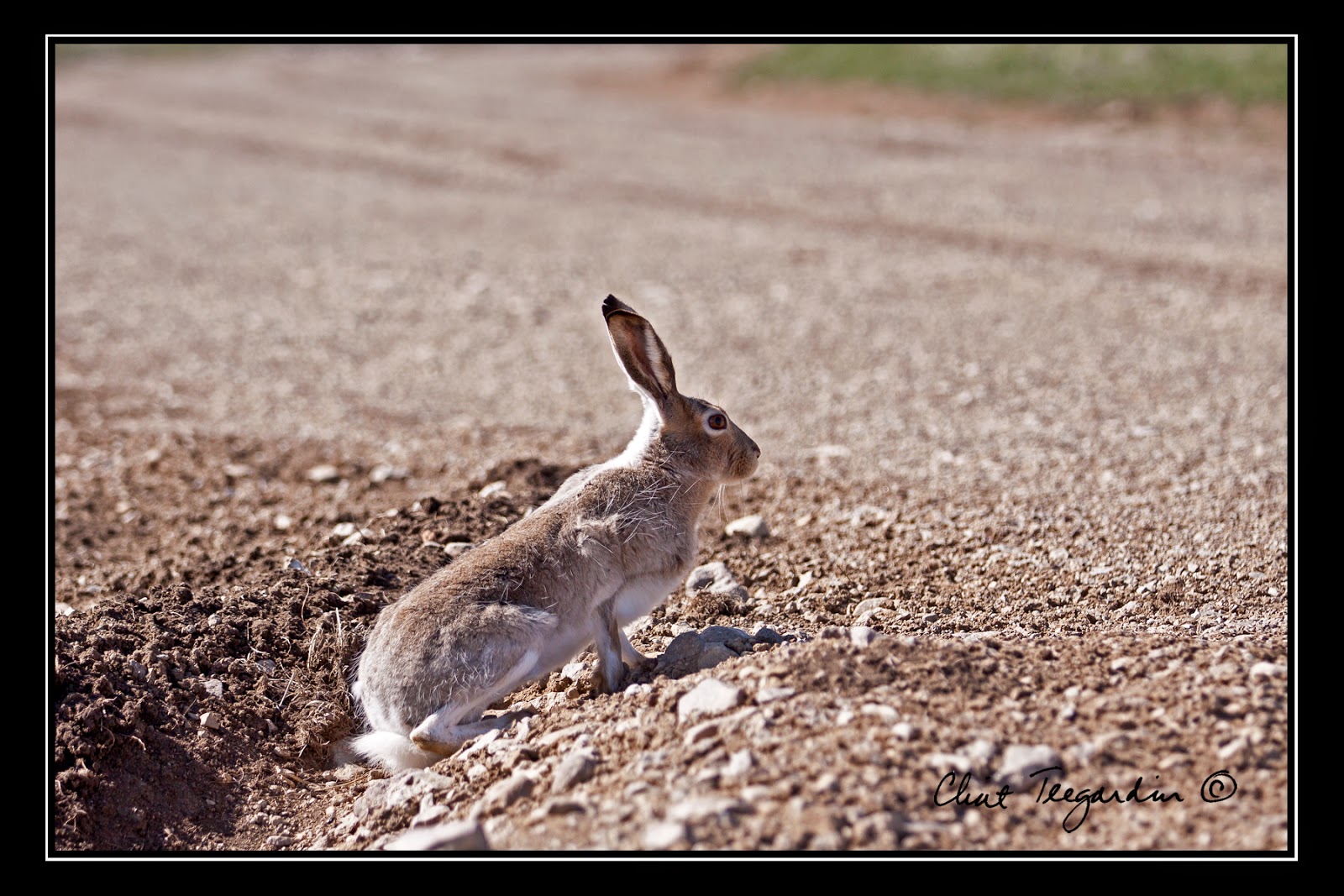 Yes, it is spring in Montana and we're happy to be sharing with these guys and gals.
Posted by Clint at 2:07 PM